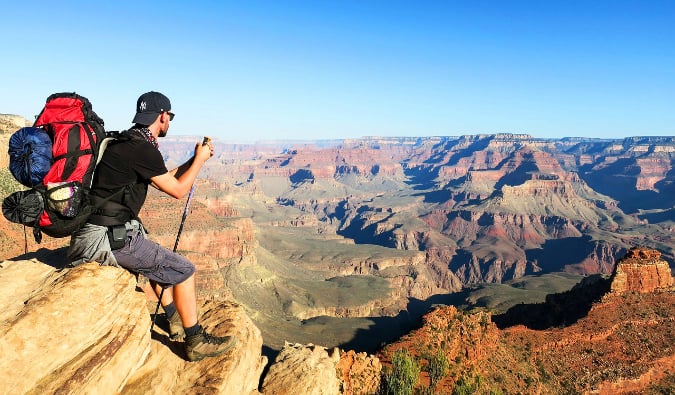 Note: So much has changed since I originally wrote this post 10 years ago (also, isn’t it crazy that I’ve been blogging for so long?) that I thought that this funny little article needed an update. The Flashpacker is long gone. The Digital Nomad has risen. Others have remained the same.

I redid this entire post on the curious species that is the backpacker after having embedded myself in their culture and learned their curious ways.

You always hear about the distinction between tourists and backpackers, but even among backpackers, we love to group each other into categories by who is the “better” traveler. Check into any hostel, and you will find a variety of travelers wearing their distinctive tribal gear and people going “Yeah, that guy over there? Definitely the partier.”

So who are the backpackers? What kind of types have I identified in the hostel jungle? After years of research, many!

Here are some of the more common species of backpackers that can be found in a hostel’s jungle: 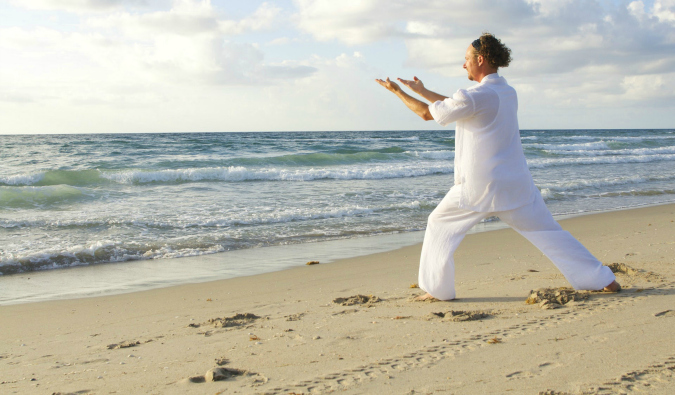 Usually white, Western, and sometimes young (though there are plenty still trapped in 1969), travelers spiritus have come to find themselves. Exploring local religions and customs, they spend their time reading books on Buddhism, Kabbalah, or yoga and talking about how connected life is. They’ve done ayahuasca in South America. They’ve done yoga in Bali and just “looooooove” Tulum.

Jaded by the materialism of their homeland, they have come to reconnect with the world, find inner peace, and learn some tantra among the tourist centers of India, the hill tribes of Asia, or the shamans of the world. Travelers spiritus forgo material possessions, except for a computer, which they use to blog about the healthy snacks they are eating and tell people how much freer they are now that they have been to six retreats in Bali and went on a juice cleanse.

These backpackers are usually found in South America, India, and Southeast Asia. 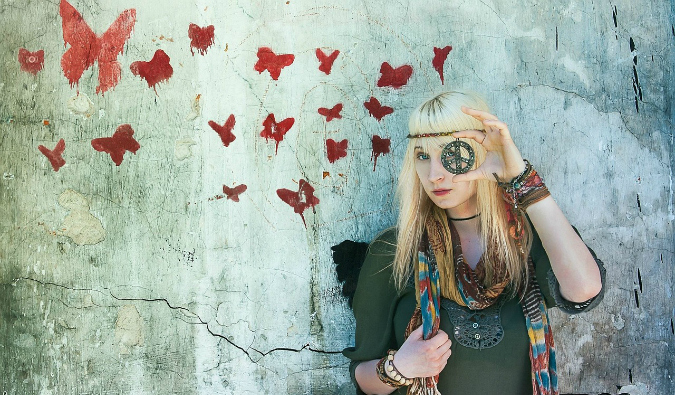 Not wanting to be held down by the man, the hippie can be found wearing fisherman pants, dreadlocks, and lots of necklaces, and has a distinct “I haven’t showered in two days” smell. This species of traveler is often thumbing a well-worn book on social justice.

Hippie travelers use local transportation, eat local food, and talk about cultural imperialism while watching the latest Hollywood movies on their Macbook and begging for money to get to the next place. They usually avoid most tourist destinations because “they’re too commercial, man.”

Mostly found in India or other developing countries (because they can’t afford anywhere else). 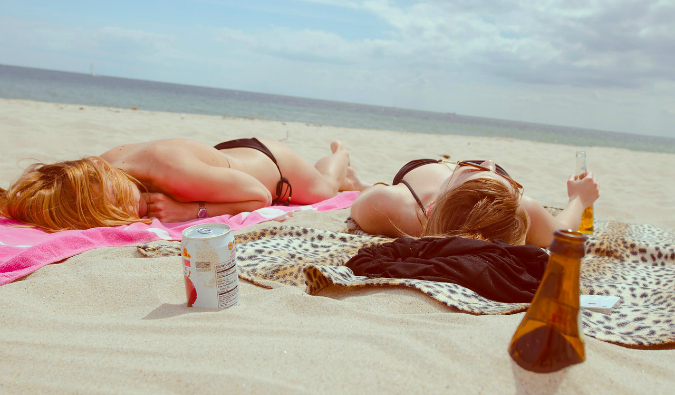 Traveler gap-yearius is usually college-aged, English, Kiwi, or Aussie. This backpacking species tends to be traveling for exactly one year right before or after university. They follow the main round-the-world ticket route, spending most of their time in Southeast Asia, New Zealand, and Australia.

Gap-year travelers like to party a lot, see the main attractions, sleep in dorms, and tend to stick to the beaten path. They are out to have a good time, meet other travelers, and come home with a few good stories before they start their career.

They can be found wherever a round-the-world ticket will take them. 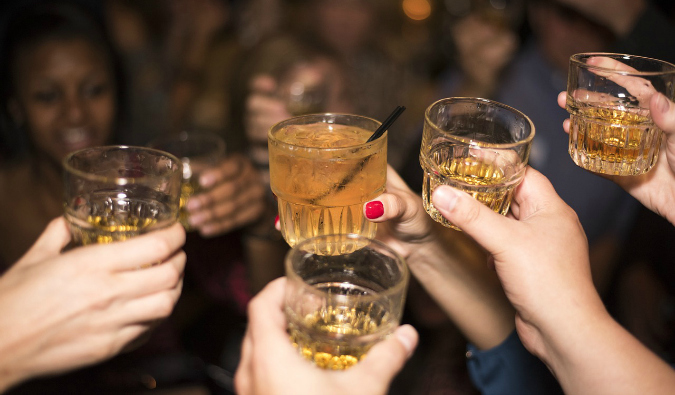 Sporting sunglasses, shorts, flip-flops, and a Lao beer T-shirt, travelers partyoholic spend most of their time getting drunk in each country. Most of their day is spent nursing the hangover from last night while avoiding loud and well-lit areas. You’ll probably see them still in bed when you check in at 2pm. But they’re the first one at the bar each night. Very loud, these nocturnal creatures bounce from one party destination to the other. 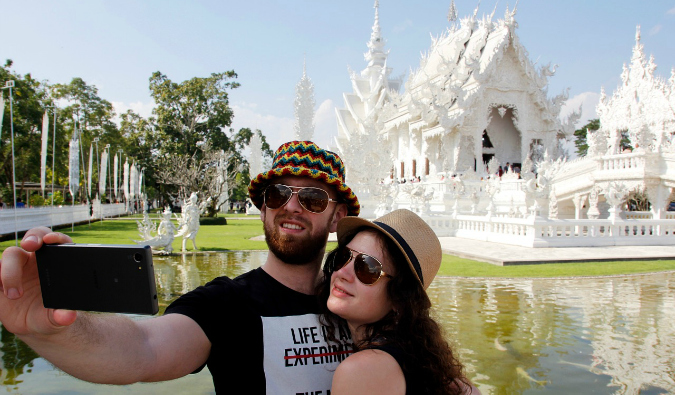 The backpacking couple spends most of their time sightseeing, touring, and doing activities. They avoid most of the backpacker ghettos and parties and tend to gravitate toward other couples or older travelers. The younger version often goes the opposite route and tends to party a lot while breaking up about ten times on the road.

They are found worldwide. 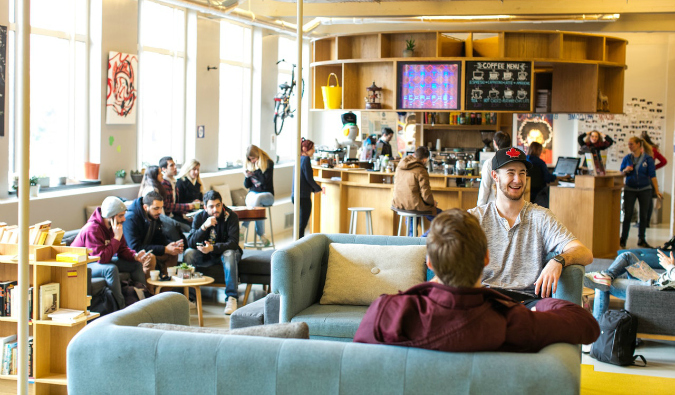 While sipping on a drink in a hostel, this traveler will tell you how insincere and hypocritical all other travelers are and how they really are just tourists and not trying to find the “local culture.” He will speak about his experience taking local transportation, and that one time he spent living in a village for one day. He waxes on about the death of local cultures, globalization, and how he’s really out there traveling to be part of the world and not force his culture down other people’s throats.

This species is found being hypocritical in hostels all over the world.

The “Remember When” Backpacker 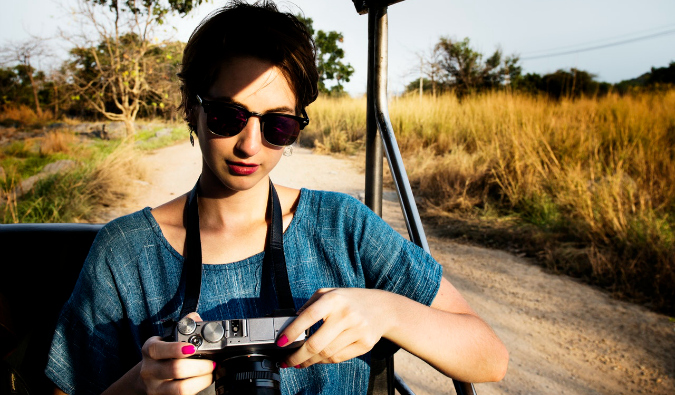 Traveler living-in-the-pastus has been traveling a long time (and usually to the same destinations). He’ll tell you all about how he remembers when the Full Moon Party used to be good and how Laos is too discovered now.

He’ll talk about how Ios used to be quiet and no one had heard of Queenstown. He’ll describe the time when he was the only person in Costa Rica or sailing the Amazon. When asked why he’s still here if he hates it so much, he’ll quickly change the topic.

This depressing species can be found in the same destinations he says are ruined now. 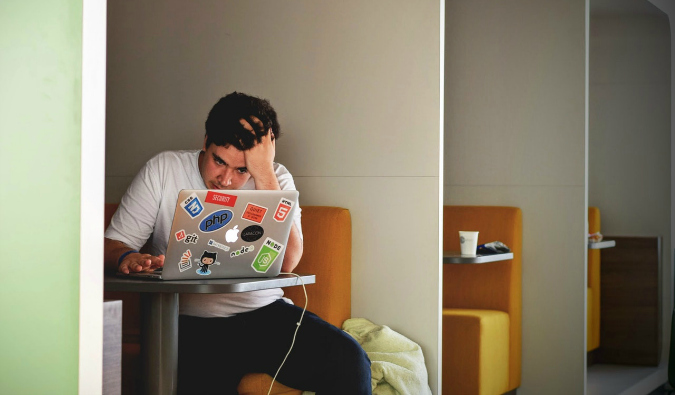 Traveler flashpackosaurus has evolved into a new species called digital nomadosaurus. These creatures work online to afford their travels, often clustering with others of their species in spots like Bali, Chiang Mai, or Medellín.

Carrying laptops, cameras, video cameras, and iPads, they spend much of their time behind their computer touting their free lifestyle and/or recent startup while often never seeing much of the destination they are at. Their first question is always about the Wi-Fi.

They are found behind their computer, talking into their phone, and wherever there is good internet access and a cheap cost of living.

Life in a hostel on the backpacker trail sure is interesting. There is a lot of diversity out there in the hostel jungle!

To further investigate the habits of these fabulously interesting creatures, I shall continue to travel the world and stay in hostels.

Ya know, for science!

The post What Kind of Backpacker Are You? appeared first on Nomadic Matt's Travel Site.

The 13 Best Hostels in Tokyo

The 9 Best Neighborhoods to Stay in Rome