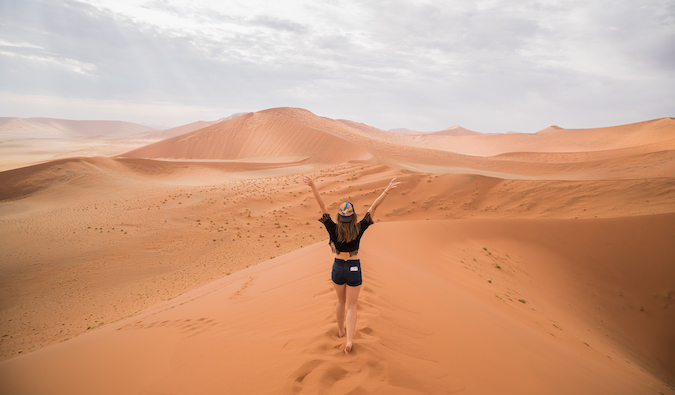 Kristin Addis from Be My Travel Muse writes our semi-regular column on solo female travel. In this column, she goes deep into the shaming culture surrounding solo female travel and how women are often told it’s not safe to travel (while men are told no such thing). It’s not an easy topic but one that’s very pertinent and needs to be discussed.

Many of us solo travelers receive pushback. Depending on what other people think we should be doing with our lives instead, the pressure can range from mild guilting to quite disturbing warnings.

“You’ll never get another job, never find a partner, never have children (or settle down in time to have them), and never have financial security,” they say.

“You’ll be an easier victim, get robbed, or be killed.”

But one thing sticks out when we consider solo female vs. solo male travelers:

Women are told much more often than men that they will “get raped” if they travel alone.

Based on my own research conducted by polling large, travel-focused Facebook groups, out of nearly 1,000 responses, 69% of female respondents reported being told they’d get raped if they traveled solo vs. 6.6% of men*.

Certainly, if we consider the data on sexual assault of women vs. men, many more women are victims than men worldwide. In the US, according to the National Sexual Violence Resource Center’s 2010 report, nearly 1 in 5 women in the US have been raped at some point in their lives. The stats are similar in Canada, where over 600,000 sexual assaults are reported by women per year, which is estimated to only be 5% of cases while the rest go unreported. A 2014 report by the European Union Agency for Fundamental Rights shows similar numbers. 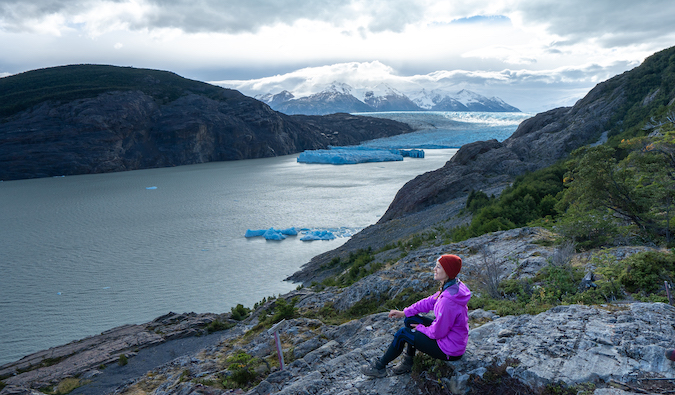 However, when we delve deeper into the numbers, we see that the overwhelming majority of this violence is inflicted by someone the victim knows. According to Statistics Canada, only 16% of violent assaults against women are carried out by a total stranger and in the US it’s estimated at around 22%.

What about when women travel abroad? I found that in countries with a lower socioeconomic status and even higher rates of sexual violence, the likelihood that the perpetrator was someone that the victim did not already know was also low, according to the World Health Organization’s global and regional estimates.

Further, the numbers show that getting sexually attacked abroad is rare. The number one crime is stolen passports. Unfortunately, the US does not report on sexual assault abroad, but the 2014 British Behaviour Abroad report does, and it shows that the government provided assistance to an average of 280 sexual assault victims abroad out of over 19,000 yearly consular assistance cases from 2009 to 2014.

Obviously, many sexual assaults go unreported abroad as well, and the world is generally not a safe place for women. Coercion still happens and the binge drinking culture in hostels doesn’t help keep women safe. However, based on all of the aforementioned research, it appears that most of the rapes that occur abroad take place between people who know each other and does not target tourists. 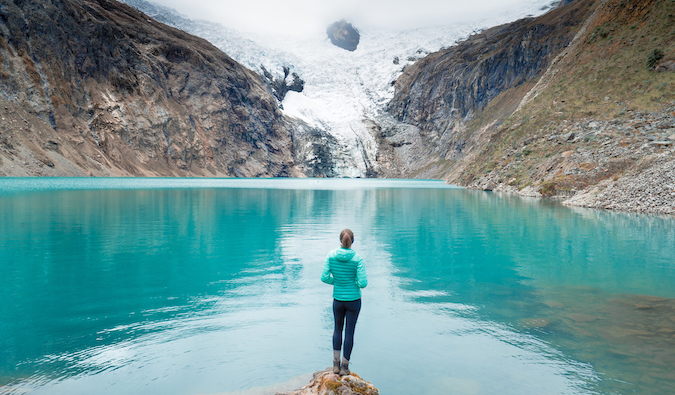 This suggests that, by traveling, a woman is potentially putting herself in a less threatening sexual-violence situation than when she’s at home.

This led me to wonder: Why is it that the warning to women that they’ll “get assaulted” if they travel alone is so pervasive, even when the data does not support this? Is it because whenever tragedy does befall a solo female traveler, it’s front-page news that also often suggests that it’s her fault?

Contrast this to when a solo male meets tragedy and is referred to as an adventurer and “lover of life.” Why is the opposite so often true for a woman — who, as many in the comment sections of these articles can’t help but point out, shouldn’t have been traveling alone?

Why are men allowed to travel alone and women aren’t?

Is it simply too threatening, whether consciously — or more likely unconsciously — to see a woman going against the typical status quo and having more self-agency? Is it too abnormal to see a woman deciding that she does not need a partner or a friend or any kind of chaperone on a journey to another country (which, for those from the US, is likely to be statistically safer)?

When a woman goes against the status quo, it triggers people’s fear of change and their discomfort over a life not fully lived. This is why even women caution other women about the dangers of solo travel. The warning almost always comes from someone who has not actually tried to travel alone and does not have any firsthand experience.

Moreover, even though the world population has exploded, women are still guilted about turning away from the traditional gender role of getting married and having babies. But this has only been “tradition” for a few hundred years. Whole villages, including men, used to be involved in child-rearing, but modern motherhood is often a solitary job. That sure does make it easy to take a woman’s — and indeed any human being’s — greatest power, which is giving life, and make it a burden. It takes away autonomy and takes one out of the workforce. It keeps women dependent and out of positions of power.

The results speak for themselves. Women are paid less, on average, than men the world over. There are fewer female CEOs and fewer women in government (except for in Rwanda, which also has the cleanest capital in the world), even though people do better under female leadership. 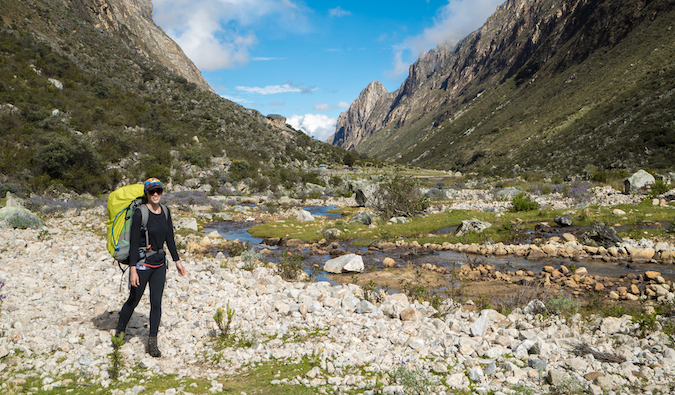 Thankfully, we’re seeing a worldwide shift and a discussion about the patriarchy coming to the forefront of mainstream media — something that’s been a long time coming, after centuries of female subjugation — but we have a long way to go.

Then there is the psychological effect of this pervasive warning given to solo female travelers to consider. Casting doubt on a woman’s sexual safety can powerfully affect her psyche, especially if she experienced sexual trauma at some point in her life already and has an altered emotional response to such threats.

That said, this warning about rape affects women whether they’ve experienced sexual trauma or not. A study conducted at a US university found that women who had not been victims of rape were still more likely to assume typical gender roles after being read a realistic description of a rape that had occurred on their own college campus, where the threat would feel more imminent to them.

The threat of rape is a psychological weapon that is likely to discourage her not just from traveling but from trusting herself and her own abilities.

If a woman is mistrustful of men, and even worse, of her own self and abilities, then how in the world is she supposed to work up the courage to travel the world, especially solo? It’s much easier to keep a woman “in her place” if she doesn’t become independent, experience other cultures, and come to believe in herself and her abilities.

How, in light of this information, can we see telling a woman she’ll “get raped” as anything other than cruel and manipulative? 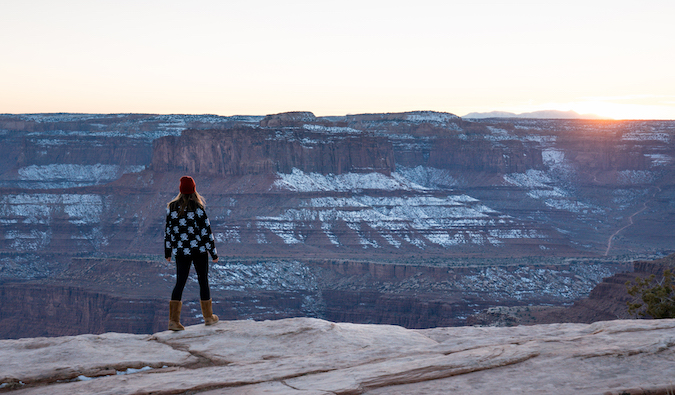 None of this is to lay blame on men, but rather lay out the facts: it’s false that a woman is more likely to get raped by traveling than she is by staying home.

We need to ask why female autonomy is such a scary concept in modern society. We need to recognize that by holding a woman back from her independence, even well-meaning friends and parents are killing her budding sense of self.

It’s up to all of us to support women who wish to grow and flourish in whatever ways they choose, including by traveling the world, especially solo. It’s the one thing in my life that built up more self-confidence and bravery than anything else I’ve done. I hope everyone gets to experience that at least once.

(Note: Unfortunately, there is a dearth of data on those who identify as nonbinary. Apart from the option I included in my own data collection — which still has too few responses to be statistically helpful — I didn’t see this group referenced in governmental research numbers. With that in mind, this post uses the data I do have access to, which focuses on those who identify as male or female.) 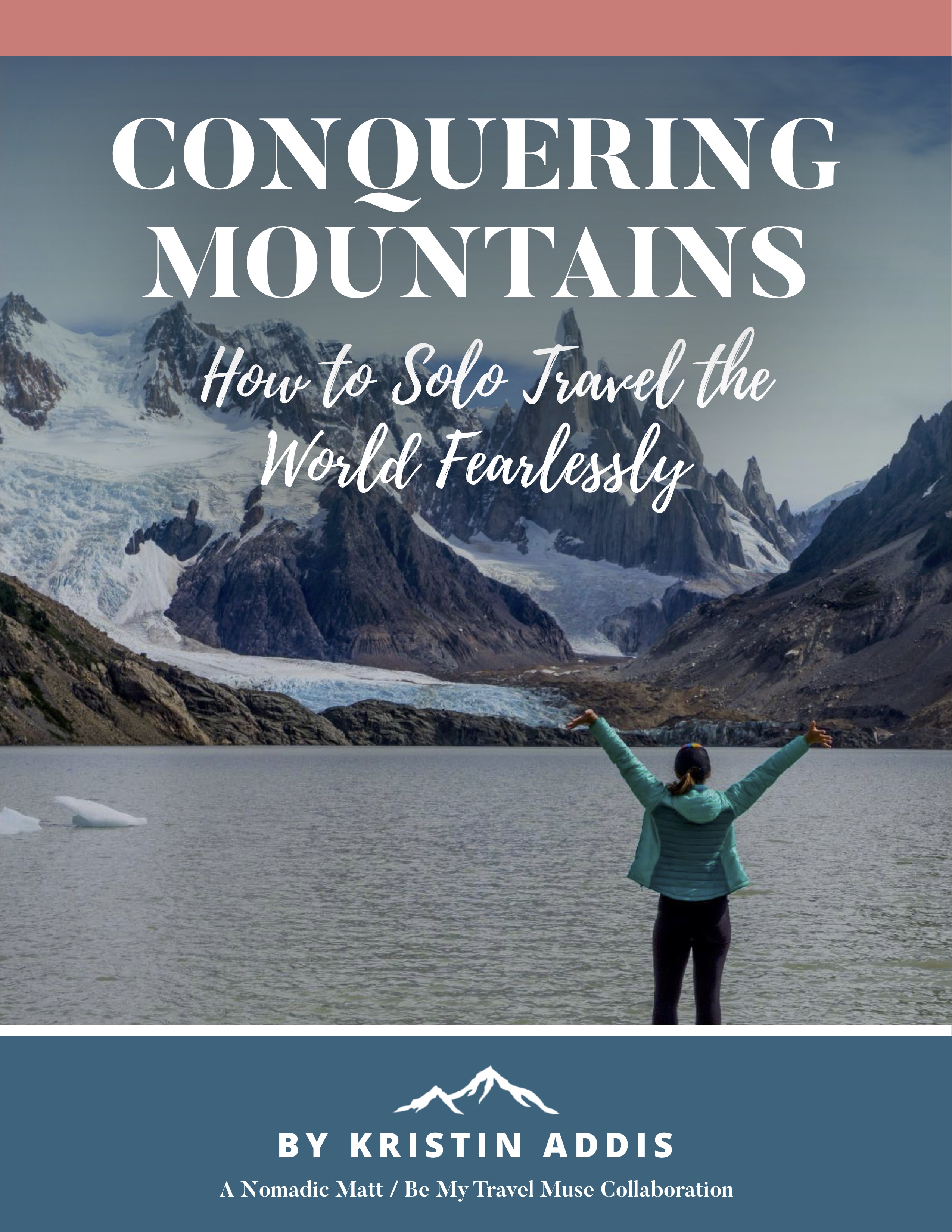 For a complete A-to-Z guide on solo female travel, check out Kristin’s new book, Conquering Mountains. Besides discussing many of the practical tips of preparing and planning your trip, the book addresses the fears, safety, and emotional concerns women have about traveling alone. It features over 20 interviews with other female travel writers and travelers. Click here to learn more about the book and start reading it today!

Kristin Addis is a solo female travel expert who inspires women to travel the world in an authentic and adventurous way. A former investment banker who sold all of her belongings and left California in 2012, Kristin has solo traveled the world for over four years, covering every continent (except for Antarctica, but it’s on her list). There’s almost nothing she won’t try and almost nowhere she won’t explore. You can find more of her musings at Be My Travel Muse or on Instagram and Facebook.

Book Your Accommodation
You can book your hostel with Hostelworld as they have the largest inventory. If you want to stay somewher eother than a hotel, use Booking.com as they consistently return the cheapest rates for guesthouses and cheap hotels. I use them all the time.

The post We Need to Stop Telling Women They’ll Get Assaulted If They Travel Solo appeared first on Nomadic Matt's Travel Site.

An Update on Life with Coronavirus