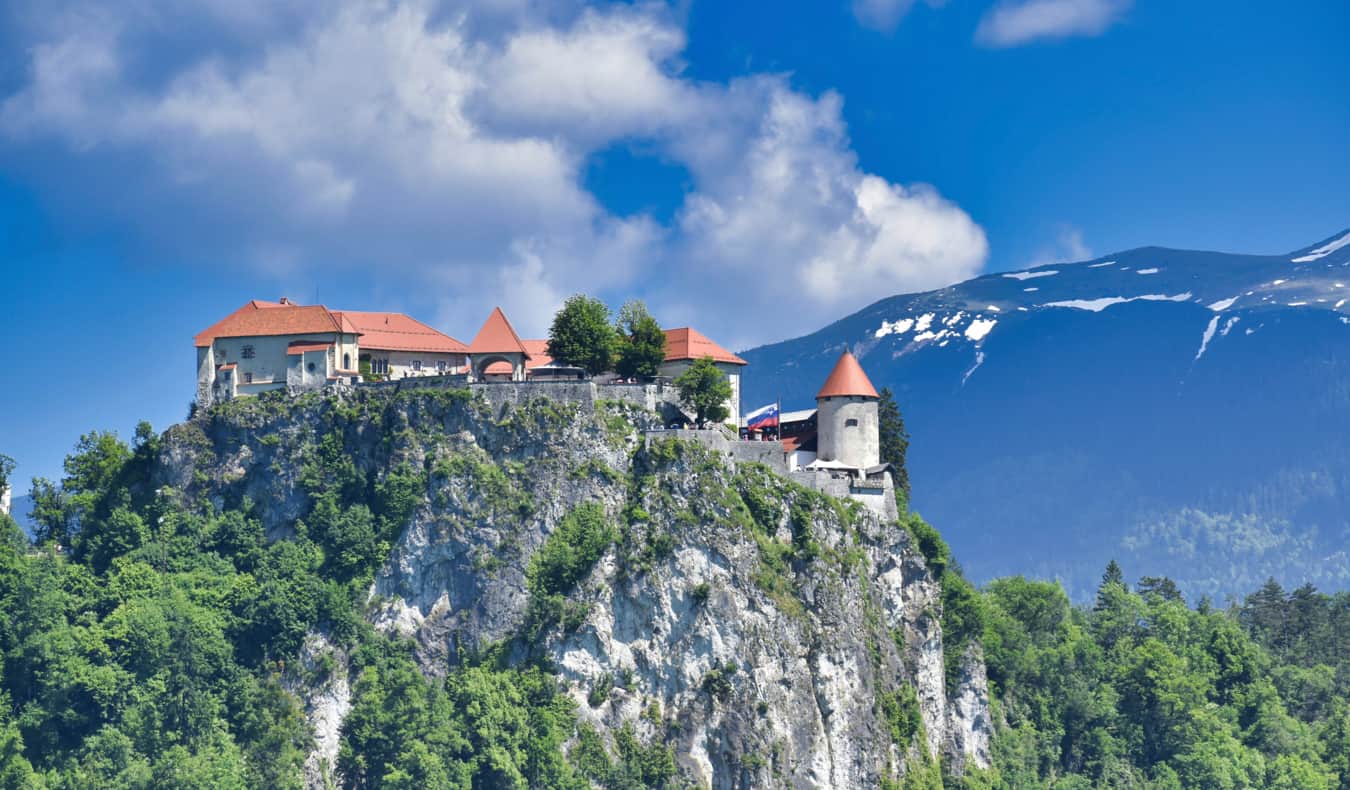 I left my hotel in Ljubljana in search of a wine bar. Google Maps brought up two close by, but the one that said “happy hour” got my attention. After crossing the Triple Bridge, I turned left toward the central market and stumbled across a beer-and-burger festival. Stalls for burger joints and breweries from all over Slovenia lined the plaza. Crowds meandered the rows, ordering food and drinks. A DJ played music, and the nearby steps were filled with people sitting and socializing.

It was a wonderful surprise that caused me to abandon my original plans.

And that sums up my time in Slovenia: it was a wonderful surprise.

Slovenia has been on my list of places to visit for many years, but I just never managed to get there. I was not going to make that mistake on this trip. I was already in next-door Croatia so it would be an easy train ride away.

Home to just two million people, Slovenia is an oft-overlooked Central European country with a tumultuous past. While tourist hordes flock to Czechia, only a fraction of them visit Slovenia. 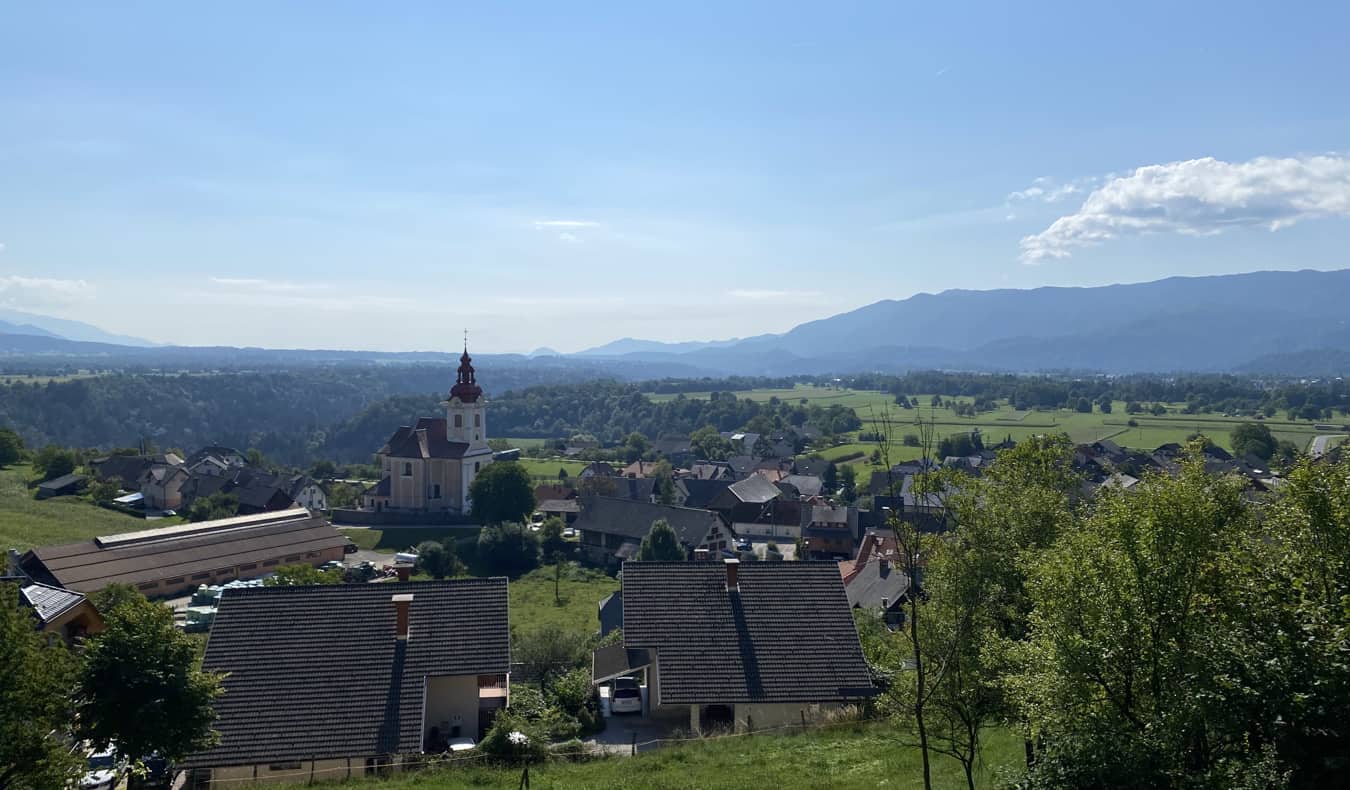 Humans have lived here for 250,000 years. The Romans built up the area, especially the capital of Ljubljana, which was a popular trading center. The region was eventually annexed by the Austrian Empire. After World War II, present-day Slovenia was part of Yugoslavia until 1992, when it became independent for the first time in its existence!

When I asked my friends about their visits there, they mentioned how small it was: I could spend a couple of days in Ljubljana, do day trips from there, and visit Piran on the coast; if I really wanted, I could spend a night in Bled. Based on what they said, I felt like a week would be more than enough time to see everything I wanted to.

As the train crossed the border from Croatia and glided toward the capital, I was awestruck by the impressive mountains, verdant farmland, and snaking rivers we were passing. The small villages reminded me of Austria (which lies just to the north). I was immediately impressed. 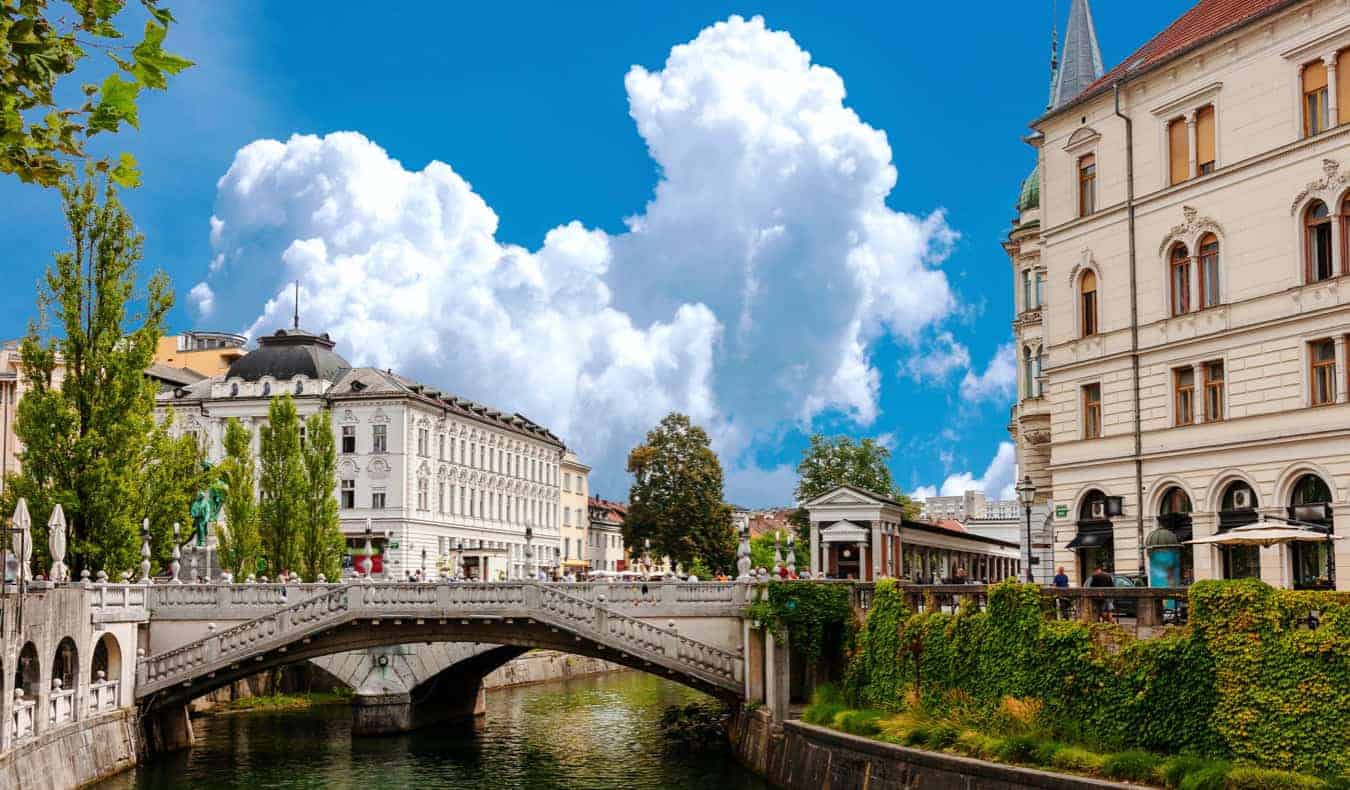 My plan was to spend two days in Ljubljana, two in Bled, go somewhere else, and then head back to the capital for a final day and a half before I flew home.

After arriving in Ljubljana in mid-afternoon, upon reflecting on all the moving around in my plan, I decided to follow my friends’ advice of using the capital as a base.

After spending my first day on a historical walking tour, visiting castles, and meandering through the Old Town district, I headed to Lake Bled, famous for the church on the island in its center. The area is beautiful: the lake is surrounded by trees, the town looks like something out of a fairytale, there’s a castle perched high on a hill overlooking the lake.

There are also lots of adventure sports and hiking trails to take advantage of in the region. During my first day there, I hiked a few trails around the lake, had the best salad ever (the avocado salad at Anchor), and then hiked up to the castle, which, while it provided some good views, was a little too rebuilt for me. It felt more like Disney than an old castle.

The following day, I hiked Vintgar Gorge before heading back to Ljubljana. The gorge is about 45 minutes from Bled, with canyon walls that tower 50-100 meters (160-330ft). It stretches over 1.6km (1 mile) and is home to pools, rapids, and a picturesque waterfall. There are also numerous other hiking trails nearby. As I hiked back to Bled and looked out at the small farm towns and mountains in the distance, I thought back to that train ride into town. That beauty was not an aberration. Slovenia is just a stunning, stunning country. 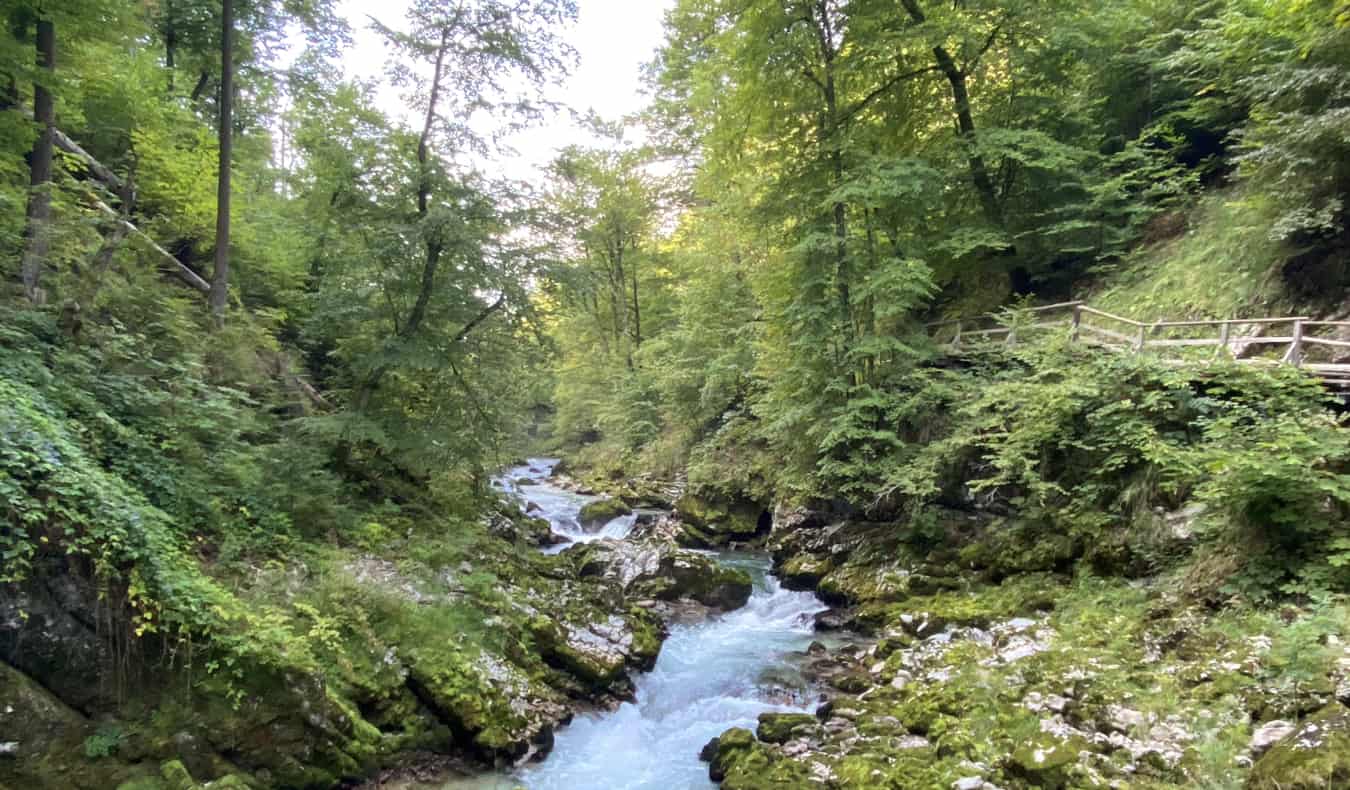 Back in Ljubljana, I spent my final days exploring the capital. Sure, it’s small, but there is a lot to do. I took a street art tour and a really long food tour, stumbled across that burger festival, and hit all the history museums to learn about this fabulous country and city. Ljubljana is small but it’s quaint, easy-going, arty, and a good outdoors city with all the bike trails and parks. I liked its laidback vibe.

I also did a half-day trip to Postojna Cave and Predjama Castle. Postojna, discovered in the 17th century, is a massive karst cave that covers over 24,000 meters (79,130ft), cut from the rock by the Pivka River. It’s the largest cave in the country. While it was physically impressive, the overall experience was mediocre: it’s very commercialized, with a train ride and giant tour groups being led around like cattle. It wasn’t my favorite cave experience. 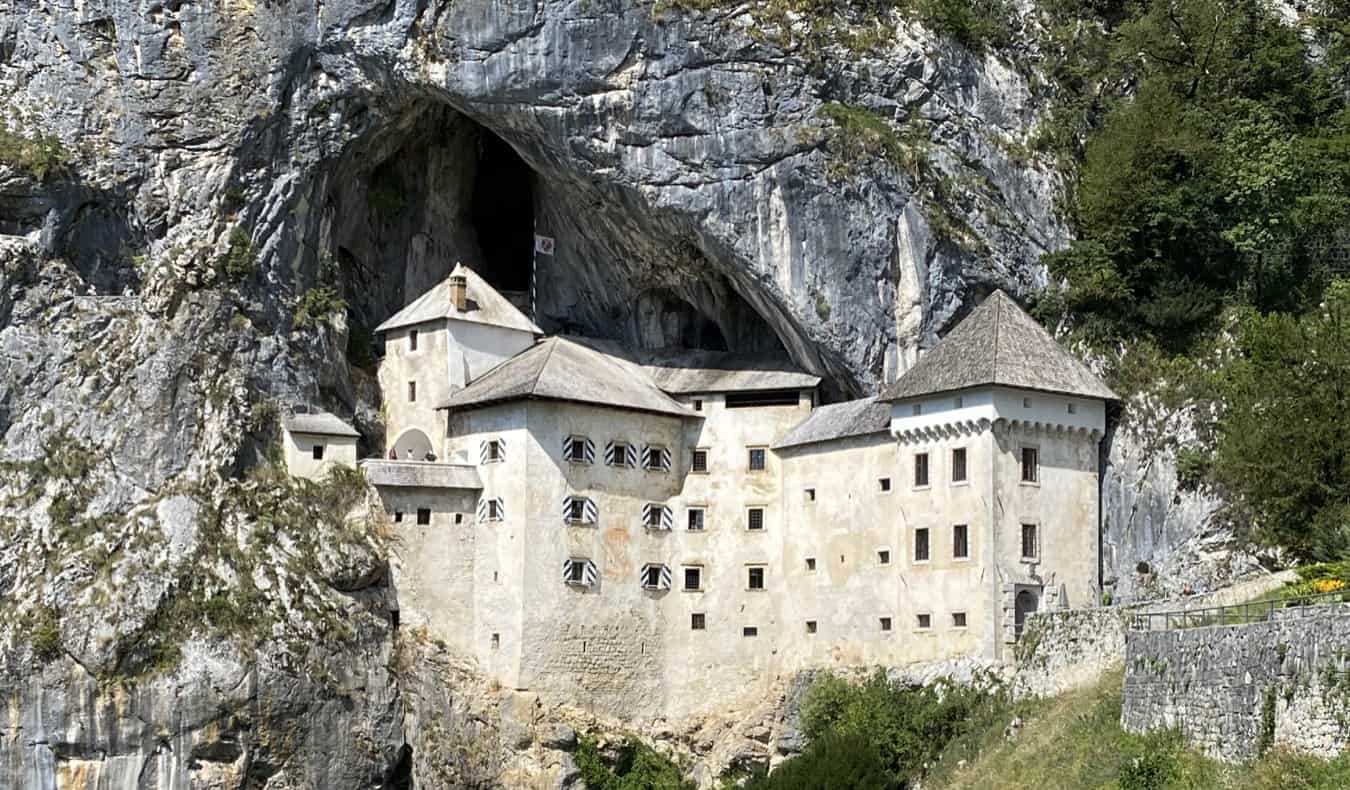 The castle, though, was excellent, having been built into a cave on the side of a mountain. The original fortifications were constructed in the 13th century, eventually becoming the home of Erasmus of Lueg, a knight and robber baron. It fell to the Hapsburgs during a siege, after which a new Renaissance castle was constructed (which is the one that exists today).

At the end of my time in Slovenia, I felt like I had let myself down. I had missed so much: Lake Bohinj, the wine regions, Piran and its salt pans, Mt. Triglav, the Logar Valley, and just so many other things. I wondered, “Did I really use my time effectively?” Heck, I even missed sites in Ljubljana, and I was there for over four days!

I felt a pang of regret.

But then I thought about all the things I did do — the walking tours and hikes, the museums, the lunches with friends who happened to be in town, the meandering, eating, drinking, and more eating… and then I realized, “Well, I sort of actually did do a lot.”

And that’s when I really became impressed with Slovenia. When I thought about everything I’d done and how much still was left, it was like a light bulb switched on: There’s a lot to do in this tiny country! 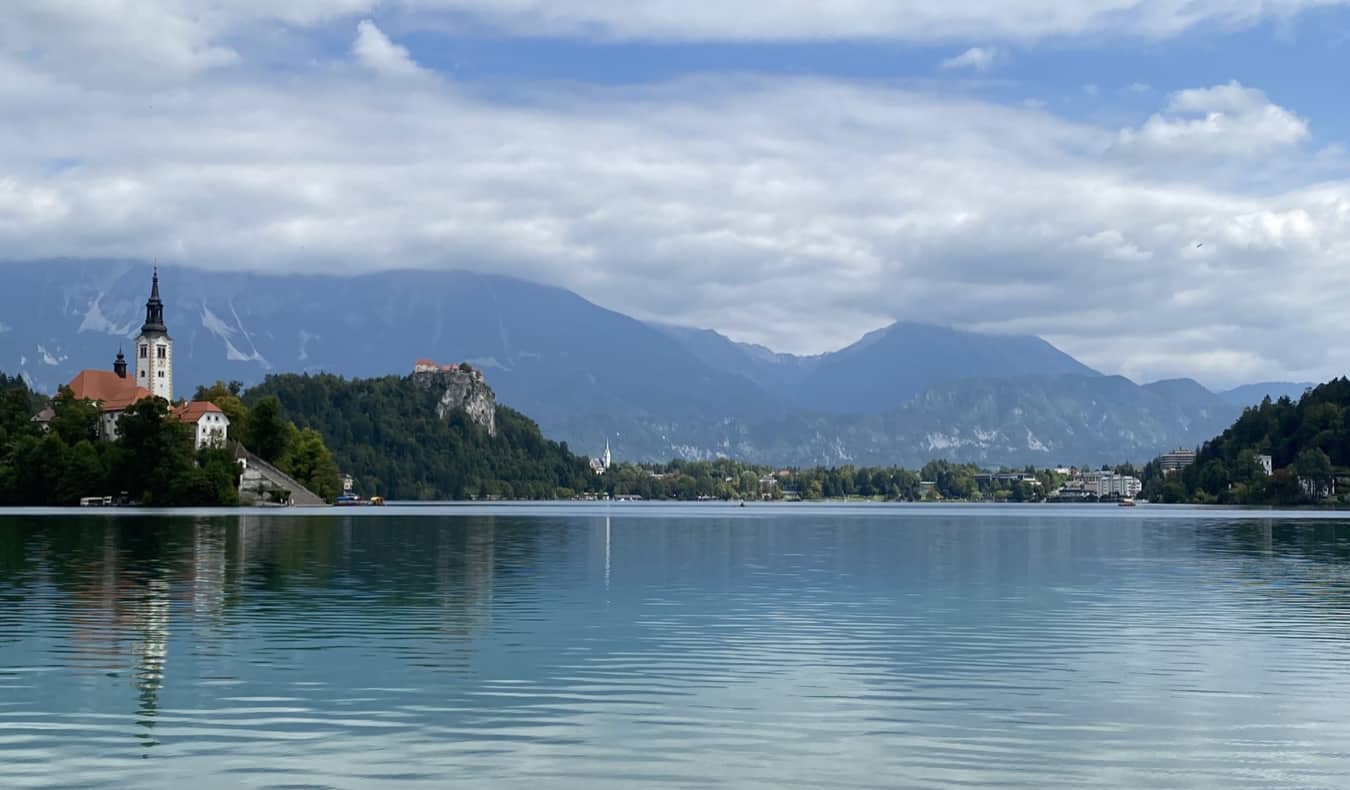 I had always heard, “Oh, you only need a few days there to see it all,” but actually you don’t — you need a lot longer. Weeks even! Even if I had used the day I worked to sightsee instead, I would still have a laundry list of places that would have been impossible to see during my week in the country.

Thinking about all that made me fall in love with Slovenia even more. It’s a stunning place that, despite being so central and close to heavily visited countries, doesn’t get as much love as it should. Put it on your list of destinations to visit (especially if you enjoy the outdoors and adventure sports). Just don’t think you can do so quickly. There’s just too much to do!

Get Your In-Depth Budget Guide to Europe! 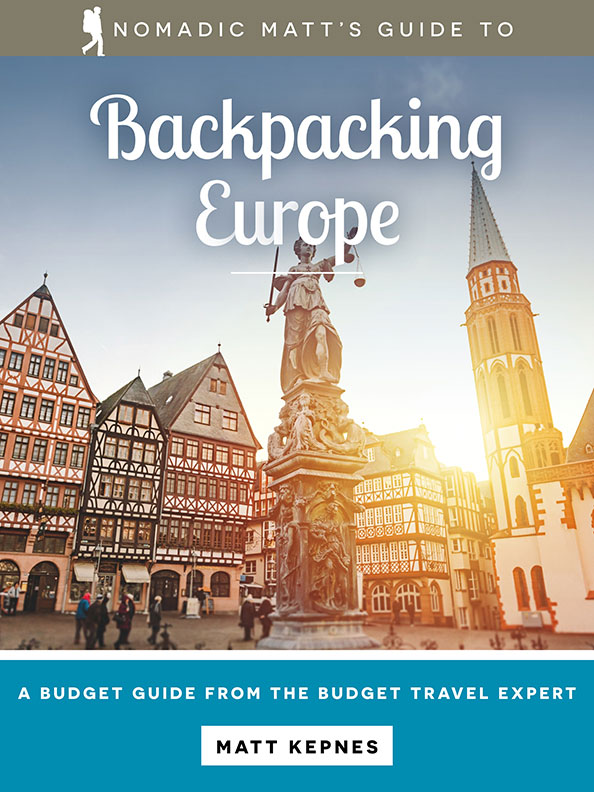 My detailed, 200+ page guidebook is made for budget travelers like you! It cuts out the fluff found in other guidebooks and gets straight to the practical information you need. You’ll find suggested itineraries, budgets, ways to save money, on and off the beaten path things to see and do, non-touristy restaurants, markets, and bars, and much more! Click here to learn more and get it today.

Book Your Trip to Slovenia: Logistical Tips and Tricks

Want More Information on Slovenia?
Be sure to visit our robust destination guide on Slovenia for even more planning tips!

Traveling Greece: How Much Does It Really Cost?

TNN: Life on Two Wheels – How to Start Your Motorbike Journey