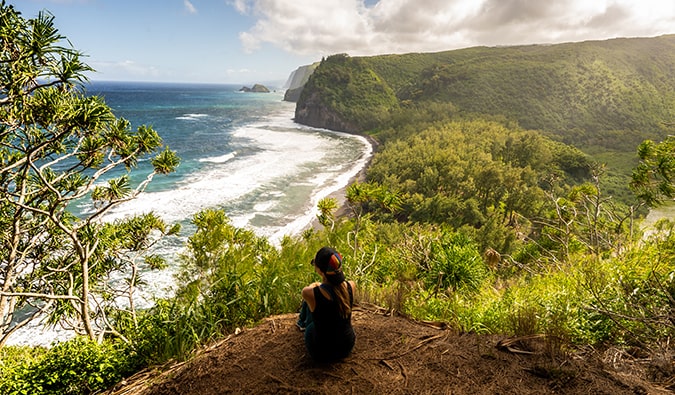 Kristin Addis from Be My Travel Muse writes our regular column on solo female travel. It’s an important topic I can’t adequately cover, so I brought in an expert to share her advice for other women travelers to help cover the topics important and specific to them! In this month’s article, she explores the double standards that come with solo female travel.

I rushed to the gate at Julius Nyerere Airport in Dar es Salaam, Tanzania. As the agent checked my passport, he looked around me and, perplexed, asked if I was alone.

I’d just finished up four months of solo traveling up from South Africa, one of the best and most enriching solo trips of my life, and replied that yes, I was alone.

“Your husband lets you do that?” he asked incredulously.

I get it. In Tanzania, it’s unthinkable for a woman, especially in her late twenties like I was, to travel alone. I gently let him know that nobody “lets” me do anything, and that I’m unmarried.

While I take pleasure in shifting paradigms when possible, I still wonder what it would be like if I were a man. How would I be perceived when I solo travel or write about it? How would people treat me differently?

1. They wouldn’t ask me whether or not my husband “lets me” travel alone.

From Tanzania to the Philippines, I’ve been asked where my boyfriend or husband is. I bet almost nobody would ask me if my girlfriend lets me travel alone if I were a man. 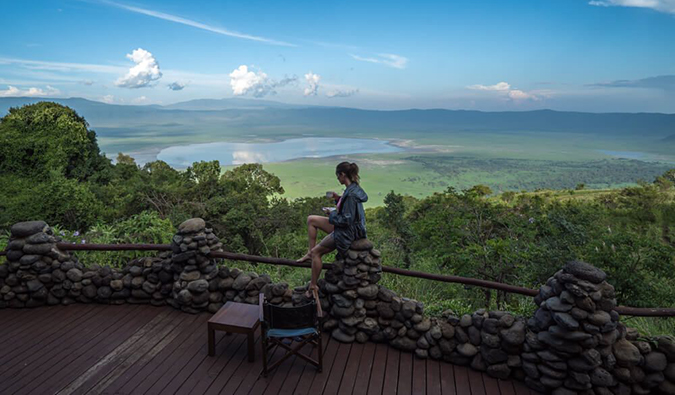 I wouldn’t have to question whether or not I should lie about being single. I wouldn’t debate wearing a decoy wedding band. My safety wouldn’t be tied up in my singleness.

2. They wouldn’t question whether a boyfriend or daddy pays for my trips.

Is it so strange to believe that a woman can fund her own lifestyle? Why is there such a pervasive myth that women who travel solo are being bankrolled by someone?

I bet I wouldn’t have to state that if I were a man, though.

3. People might ask when I’m planning to settle down, but they wouldn’t do it with such frequency and entitlement to the answer

Maybe settling down with a white picket fence, 2.5 kids, and a dog named Spike used to be the norm, but we have more mobility these days, and the internet, and too many people anyway. So why is it so darn important to people that I eventually settle down?

I think in a way it’s saying, “Hey, this was the only option I gave myself, and now you have to follow suit.” For those who conform to expectations, it’s uncomfortable when others deviate from the norm, especially women.

But I’m not worried about it. If and when I choose, I’ll do it, and if I don’t, that’s OK too. I’m approaching this more like a man, OK?

Also, get out of my ovaries.

4. I’d be called adventurous and an explorer rather than irresponsible and stupid.

If I traveled solo as a man, even if something unfortunate happened to me, I’d be called an explorer and lover of life.

Yet as a woman, I’ve been called stupid, warned I’d be “found dead and cannibalized,” and accused of leading other women to their death (just look at the comments on this video, the worst of which I actually deleted).

5. I wouldn’t be warned I’d “get raped” if I traveled alone.

This is problematic on so many levels, it deserves its own post.

In some places, I can’t wear what I want. I understand that modesty is built into the culture in many places around the world, and I respect it and assimilate when in those countries.

But that doesn’t mean I have to pretend that I enjoy wearing long sleeves and pants in 90-degree weather with 90% humidity while the boys get to wear shorts and tank tops.

7. I wouldn’t have had to wonder what the hell to do when cornered in an elevator in Santiago by two big men, saying salacious things to me in Spanish.

When I traveled through Patagonia with a male friend, nobody harassed me, assuming I wasn’t available. Yet when we parted ways so that I could solo travel — something that was important to me to do — the catcalls started pouring in.

Sadly, I’ve been catcalled in almost every country that I’ve been to, even the ones you’d least expect (yet not at all in southern and eastern Africa — points for Africa!). It ranges from “ciao bella” to being chased down the sidewalk. 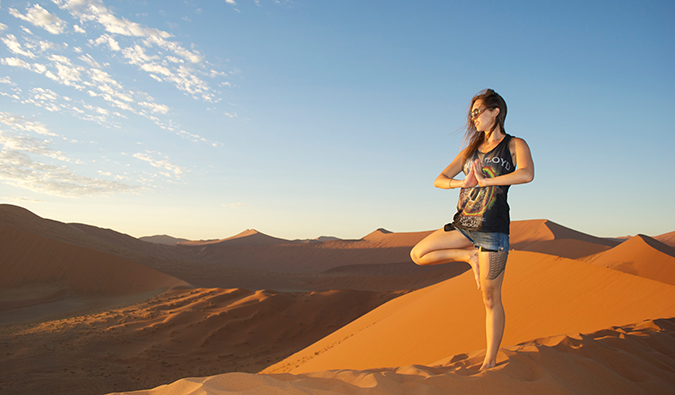 It is not a compliment, it’s an assertion of power, and it’s exhausting.

In Santiago, it crossed the line into terrifying when two huge guys got into an elevator with me, hovered over me, and harassed me. It was the perfect place, because who could help me in there?

Would that have happened to a man?

(On the positive side, if I were a man, locals might not be as concerned with taking care of me as many are. People might also not trust me outright the way they do. Right or wrong, women tend to be perceived as more peaceful and gentle and in need of protection.)

8. Nobody would have assaulted me in public in Nepal.

In Pokhara, Nepal, after a random power cut, the sun was setting and I realized I needed water to drink to get through the evening. Though I prefer not to walk alone when it gets dark, I had to do so in that instance. 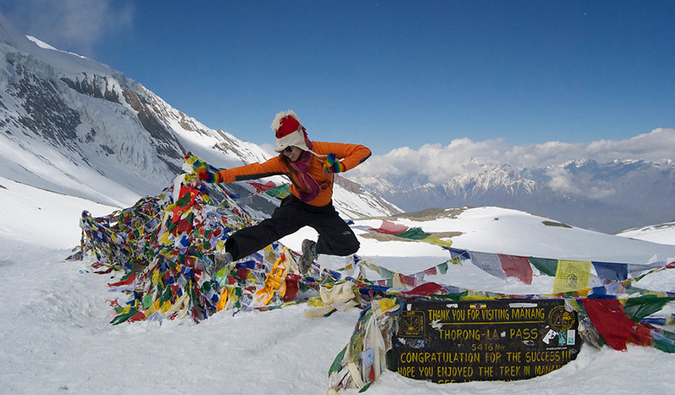 I heard myself scream before realizing that a local male had grabbed my breast. I whirled around and saw nothing but the back of his head as he ran away like the coward he is.

Everyone nearby just pretended like they hadn’t seen anything, of course.

9. But maybe the police would have taken me more seriously.

I wonder, if I’d been a man demanding the police take notice, would they have listened to me? Would the officer still have rolled his eyes and acted like I was ruining his night by demanding an escort back to my guesthouse?

I can only wonder if it would have been different.

10. Insulting my ass would not be the topic of discussion on a post about road trips.

When women share about something like travel on social media, why is body shaming still a thing?

Why, on a post about road trips of all things, does someone feel the need to inform me that my ass is flat? Does that happen to guys too? I think not.

11. I wouldn’t have had an internet stalker demand a naked selfie from me for months on all of my social platforms.

If being a solo female traveler is tough at times, try writing about it. Have any of my male peers ever been harassed for months on end, on every platform, by a stalker demanding a naked selfie?

Unfortunately, women are targeted online way more than men. According to the BBC, one in three teenage girls have been sexually harassed online.

Why can’t we just share our travel pictures in peace?

12. I wouldn’t get a flood of comments from fragile males on posts like this.

It always happens, but I’m curious: Why should any egalitarian male, who has the ability to see things from someone else’s perspective, ever take this personally? Why does pointing out issues in our society automatically equate to blaming men?

Louder, for the ones in the back: it doesn’t.

Obviously, there are drawbacks for male solo travelers too — and benefits that only women who travel solo get to enjoy. There can be an implied trust factor between women that transcends cultures, and time and time again, people have been generous towards me in ways that I didn’t expect.

In the end, I still love and champion solo female travel and believe that every woman should do it. I’m just sick of all the double standards and think it’s high time to call them out.

Kristin Addis is a solo female travel expert who inspires women to travel the world in an authentic and adventurous way. A former investment banker who sold all of her belongings and left California in 2012, Kristin has solo traveled the world for over eight years, covering every continent (except for Antarctica, but it’s on her list). There’s almost nothing she won’t try and almost nowhere she won’t explore. You can find more of her musings at Be My Travel Muse or on Instagram and Facebook.

Book Your Accommodation
You can book your hostel with Hostelworld as they have the largest inventory. If you want to stay somewher eother than a hotel, use Booking.com as they consistently return the cheapest rates for guesthouses and cheap hotels. I use them all the time.

TNN: Traveling to Every Country in the World

TNN: Paris Tips from a Local