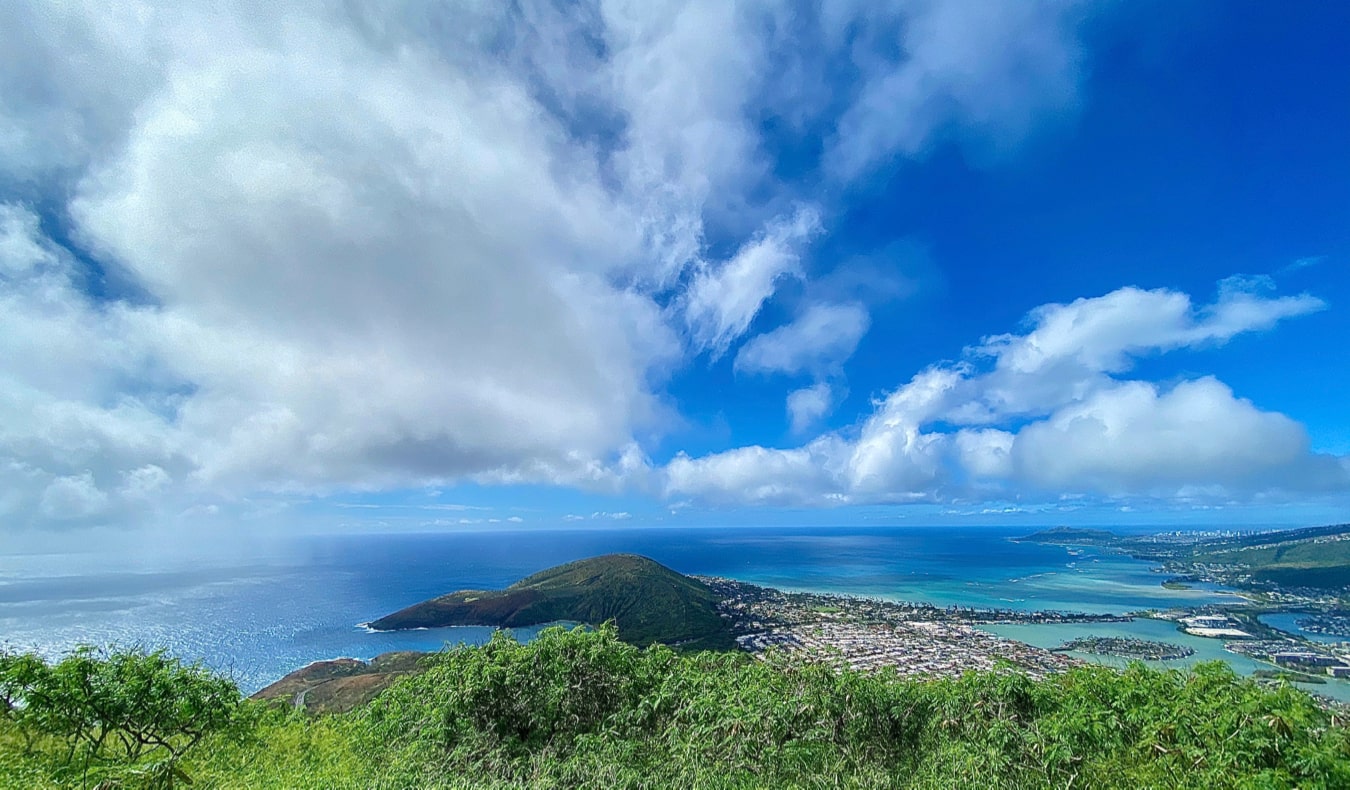 I didn’t know much about Oahu before I visited. Everyone told me it was worth it for Pearl Harbor but to spend the rest of my time elsewhere in Hawaii. Maui and Kauai were where the action was, they said.

But Oahu was home to Honolulu’s international airport from which I was catching an onward flight to Taiwan. Since I had limited time, going to multiple islands wasn’t feasible.

Fortunately, after spending a full week on Oahu, I can say this: everyone was wrong.

Maybe they just let their preconceived notions get the better of them.

Or maybe they just didn’t give the place a chance.

But, whatever the reason, I’m here to tell you that Oahu has some magic to it. Sure, it’s quite developed, has terrible traffic, and huge crowds. And yeah, maybe it’s not as “raw” as the other islands (I assume that’s why people like them).

I spent a week round-tripping the island (which, given how small it is, turned out to be quite easy). My plan was simple: sit on a beach as long as I could, eat my body weight in poke (diced raw fish, pronounced “po-keh”), and hike.

Along the way, I also binged on shrimp, drank the best piña colada of my life, and took notes so you can do even better when you visit! 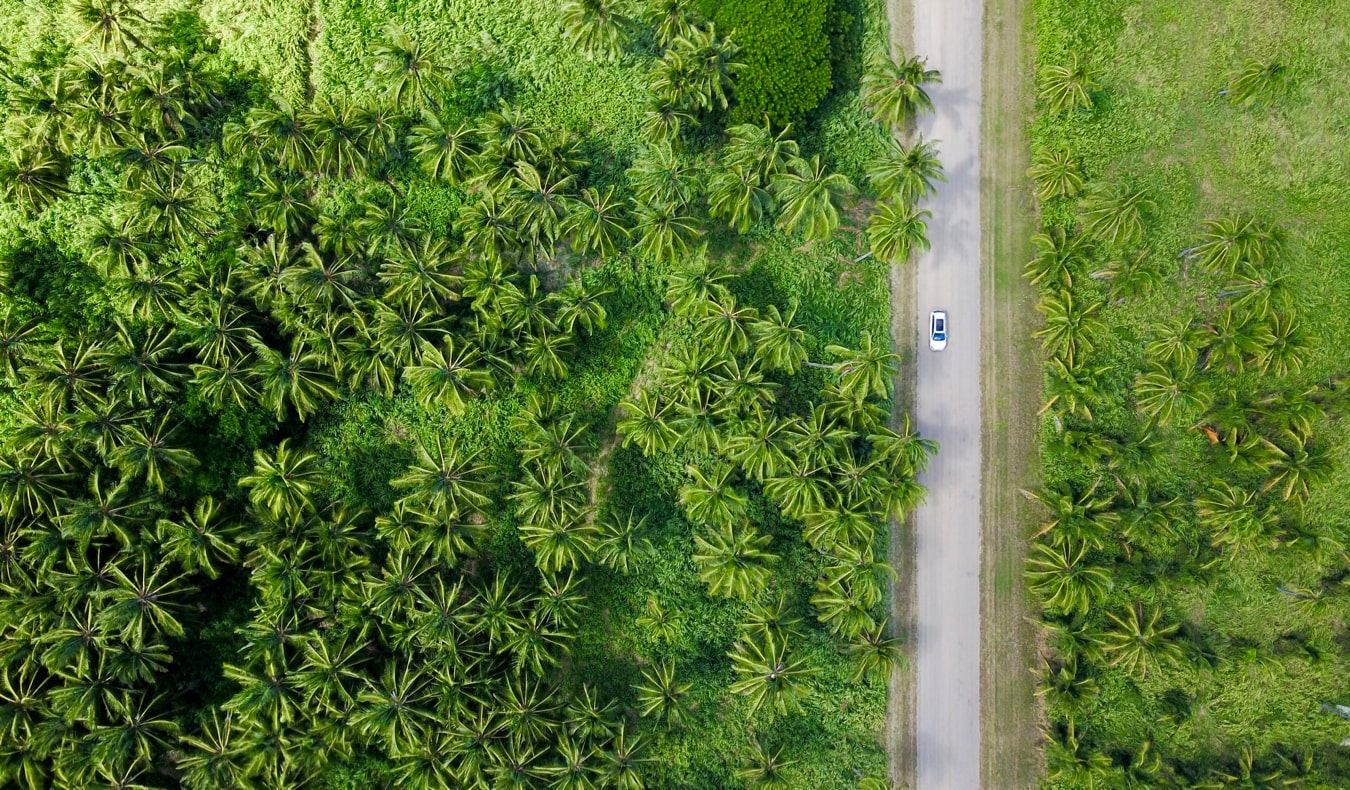 First, a tip: if you’re driving around Oahu, go counterclockwise from Honolulu, since most of the food trucks you’ll want to stop at are on the ocean side of the highway as you go up the east coast. So going in that direction just makes it easier to pull off the road and try all the food trucks that line the highway (and there are a lot). There’s also more to do on the east side of Oahu, so it’s best to start there.

That said, I actually don’t think a traditional road trip is the best idea. Oahu is smaller than you think — you can drive end to end in under two hours — so everything listed below can really be done as a day trip from one base or another, which will save you packing and unpacking, as well moving from place to place too often (especially since the east and west coasts don’t have a lot of affordable accommodations). 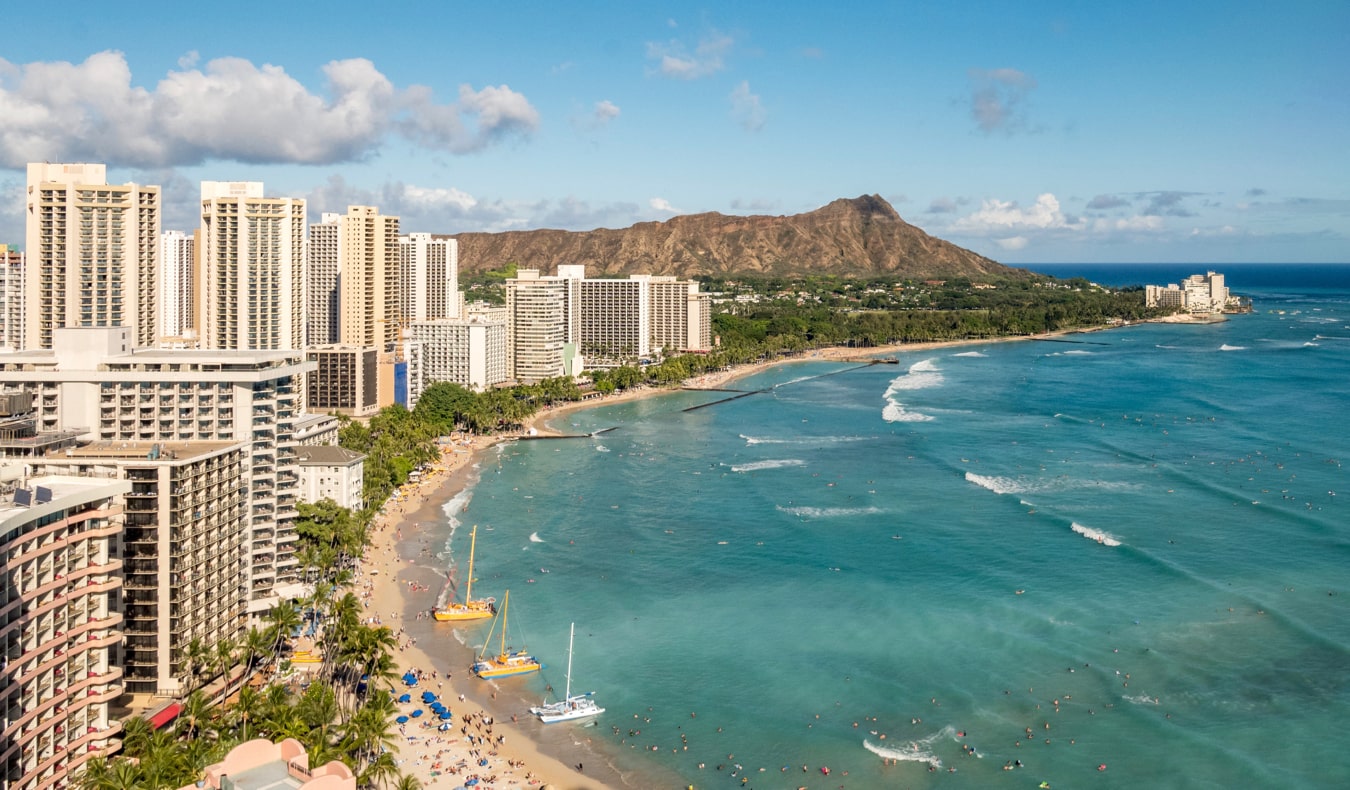 Pick up your rental car, head out of Honolulu (you’ll be back later), and start off at Hunauma Bay in southeast Oahu. You can spend a few hours there snorkeling and relaxing on the beach before heading to the nearby Halona Blowhole Lookout for the view and Makapu‘u Point (Oahu’s easternmost point) for a short hike. There are also plenty of beaches, food trucks, short hikes, and viewpoints along the way to Kailua, where you’ll want to stay the night.

Where to Stay:
Airbnb is the best option, since there aren’t many hotels or hostels in Kailua. Book early though, as there isn’t a lot to choose from. 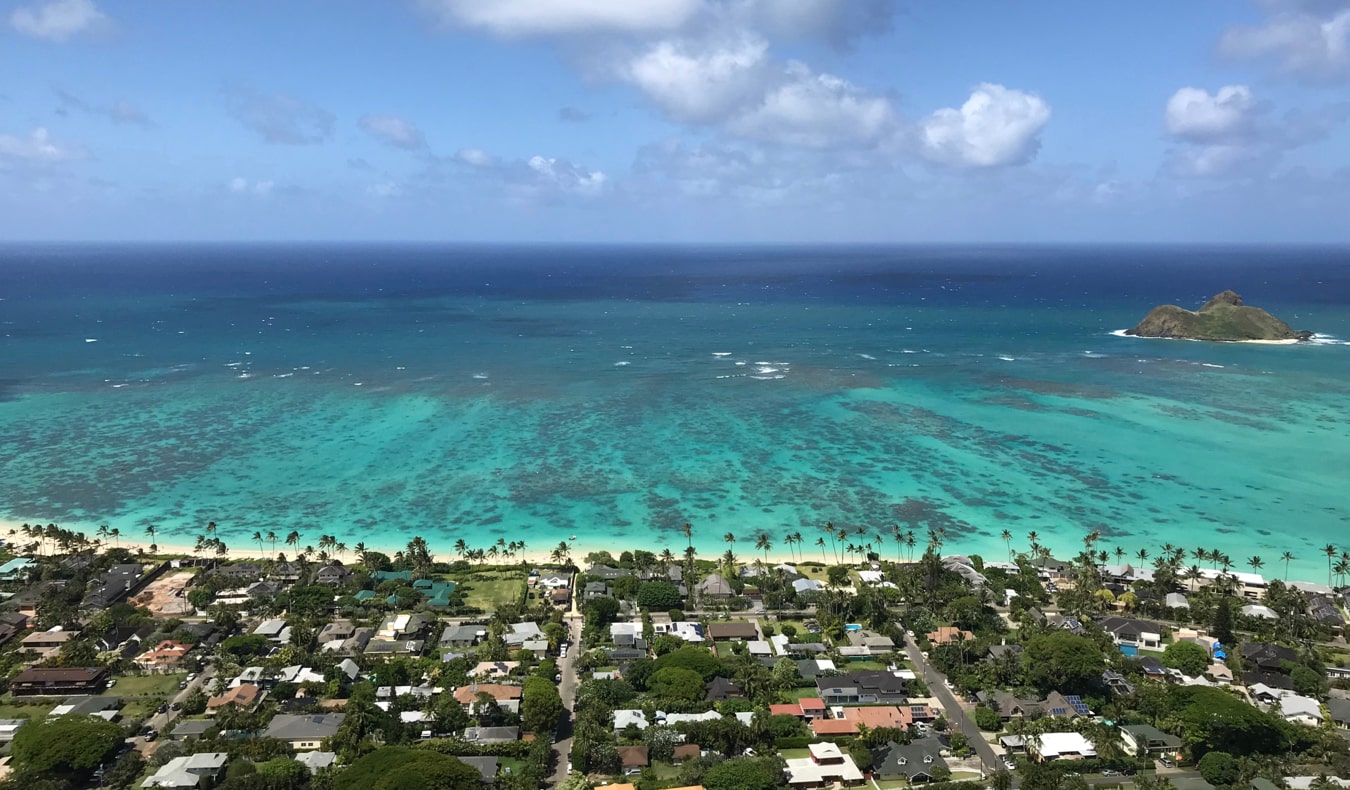 Start your morning with the famous Lanikai Pillbox hike just south of Kailua, where you can get sweeping views of the ocean and the cities and beaches on this side of the island. The hike is short (it only takes about 20-30 minutes) but steep, so wear appropriate shoes.

If you have some time in the morning, Kailua and Lanikai beaches are both beautiful (they’re right next to each other and on the way from the pillbox hike). Not a lot of people, white sand, blue water. They’re heaven.

As you leave this area to head north, visit the Ho‘oamaluhia Botanical Garden (it’s free!), which is also home to a lake filled with tropical plants.

Afterward, drive up the east coast toward the North Shore. Along the way, you can stop at the Kualoa Ranch, where many movies have been filmed. If you do a tour, I suggest the 90-minute Hollywood Movie Sites Tour (which includes scenes from Jurassic Park!), as you don’t need much more time than that to see the ranch. (It’s expensive, though, so if you’re on a budget, I’d skip it.)

As you keep going north, you’ll find a ton of beaches and hikes (there are plenty of signs for everything). I really enjoyed the Hau’ula Loop Trail especially, which is about 10 miles north of Kualoa. It’s a really overgrown trail, so you’ll feel like you’re very much in the jungle (meaning you’ll also need to bring bug spray). And like most hikes here, there’s a scenic viewpoint!

Then drive around the northern tip of Oahu to Haleiwa, your base of operations while on the North Shore.

Where to Eat Along the Way:

Where to Stay:
Airbnb is again the best option, as there aren’t many hotels or hostels in Hal‘eiwa. Book early here too. 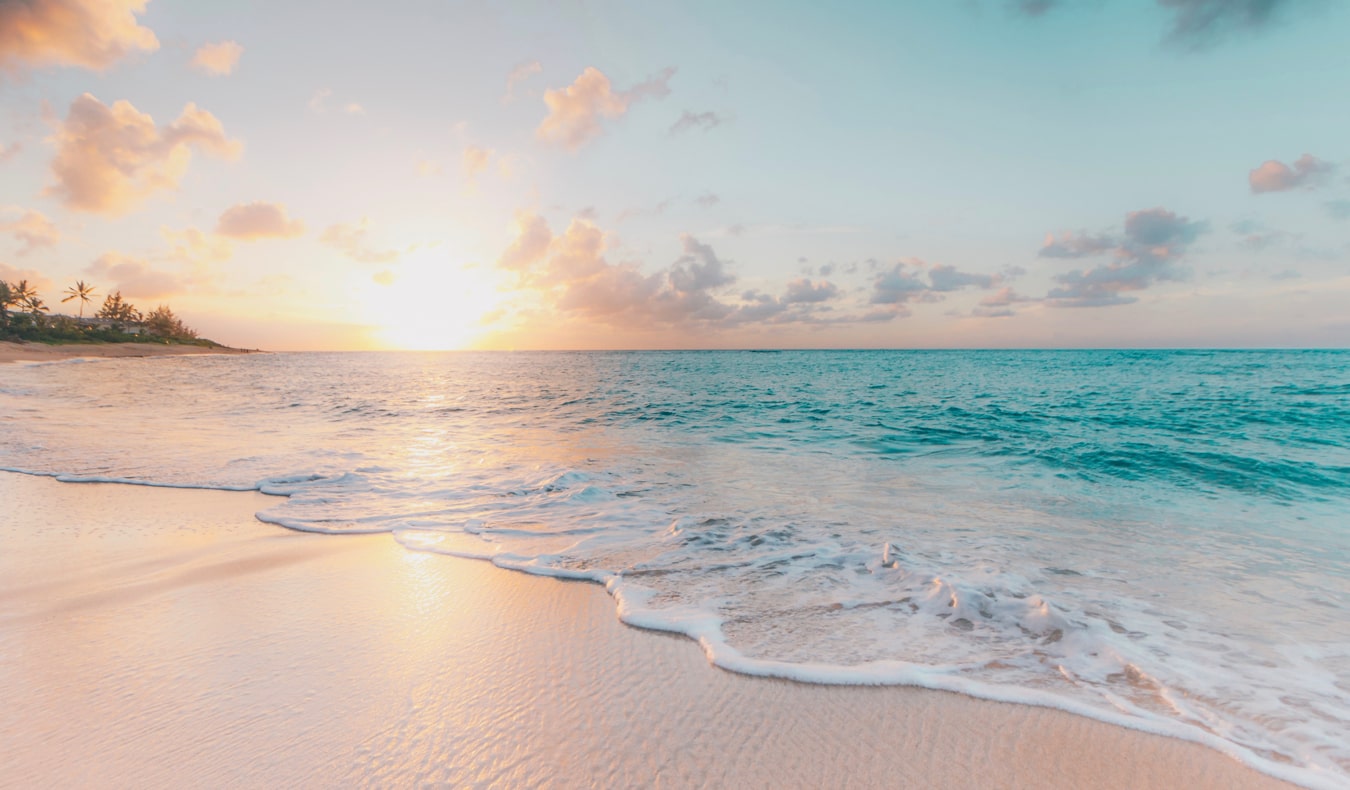 This was my favorite part of Oahu. It was Hawaii the way you imagine it should be: a lot quieter, less touristy, and less developed. And it had that whole “hippie vibe” going for it. Everyone up here was much more laid back than down south.

You can learn to surf here (two-hour lessons begin at just $80 USD) or hike the Ka‘ena Point Trail (west of Haleiwa) and/or the ’Ehukai Pillbox (east of Haleiwa). The latter is pretty muddy, so bring appropriate shoes.

Haleiwa itself is a sleepy little tourist town with a bunch of restaurants, shops, and parks. There’s not much to do in the town itself than eat and window shop.

If you do just one hike, though, I definitely recommend the Ka‘ena Point Trail, which was one of the best experiences I had. It’s a scenic two-hour coastal walk to the northwestern tip of Oahu, where you will find a protected biological area with seals and native birds. At the tip, you can see all the way down the west side of the island — a magical view. Bring sunscreen and water, as the whole trail is exposed to the sun. 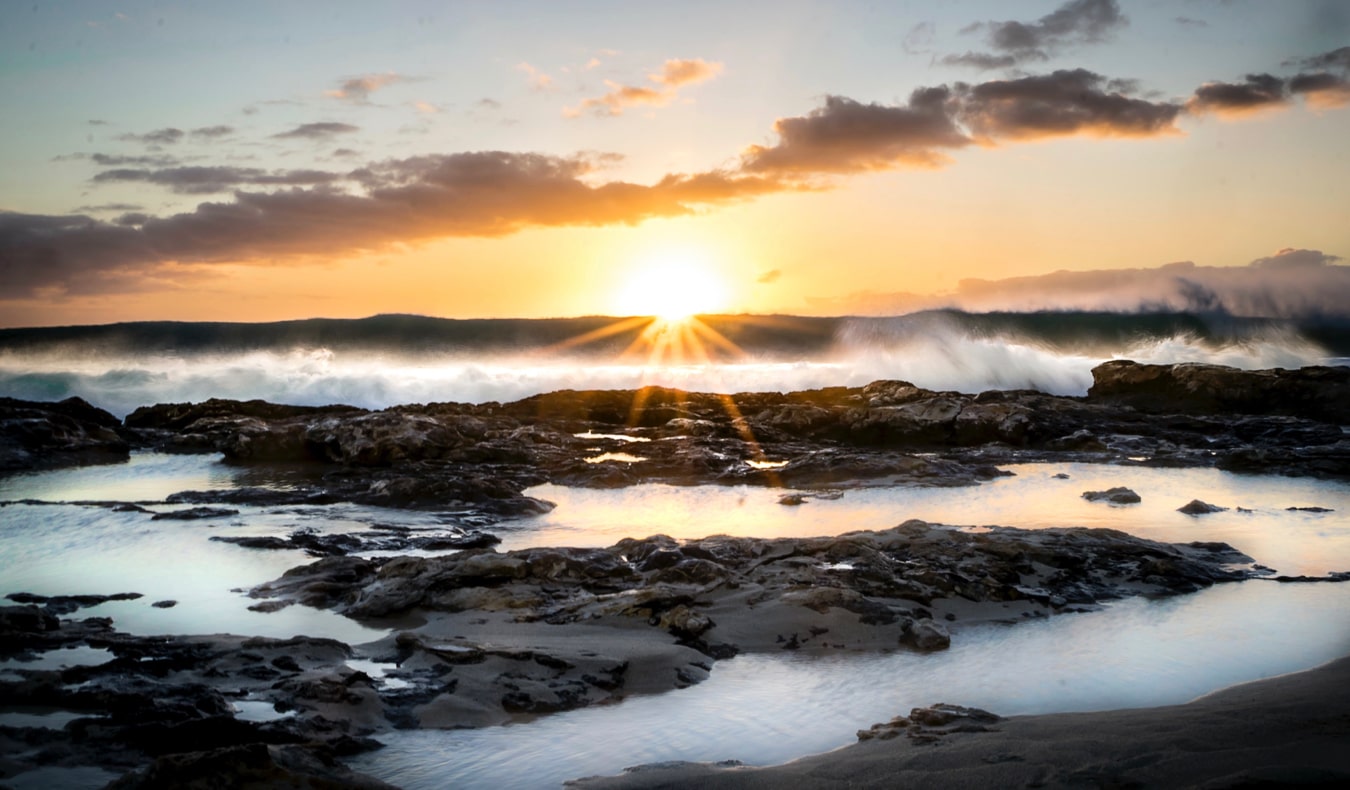 Head south (inland) and stop at the Dole Plantation. While it is super cheesy and touristy (I mean, so many useless souvenirs!), it does have a cool maze, and there’s a train ride through the farm that, while whitewashing a lot of bad things, was an interesting look at the importance of the pineapple to Oahu. For a general overview geared to your average tourist, it was surprisingly informative.

Afterward, continue south toward Honolulu and then head west on the H1 road to the west coast for some deserted local beaches, such as Ma’ili, Ewa, Makua, or Yokohama. Stop at Countryside Café for some incredible diner food. The portions are pretty large, so you can share them.

Then head back into Honolulu, as there’s not a lot of accommodation along the west coast. If you do want to stay longer, you’ll find some listings on Airbnb and Booking.com if you book far in advance. Otherwise, there are a few hotels in Kapolei if you don’t want to drive all the way to Honolulu. 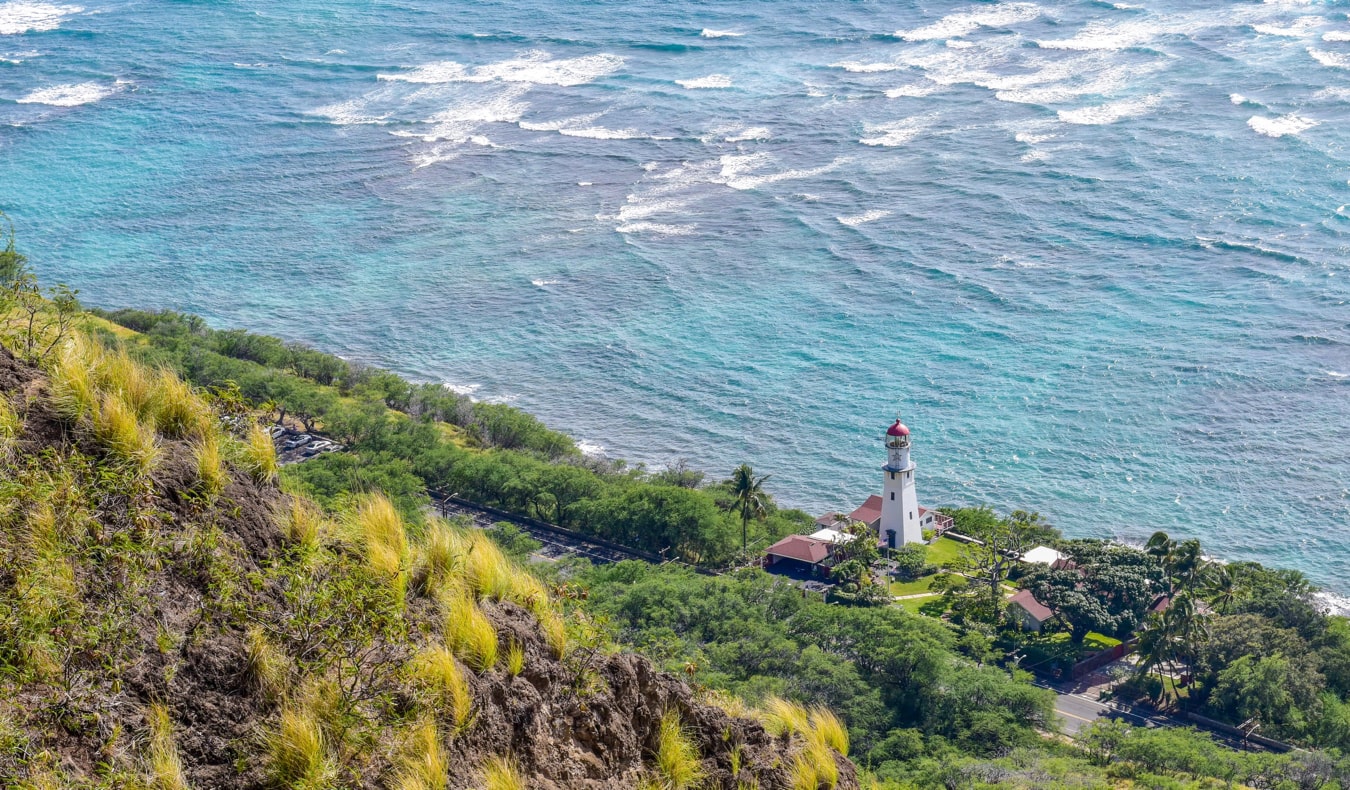 I actually liked Honolulu a lot (the main beach area of Waikiki is a tourist trap though.) While downtown is a bit bland, other neighborhoods are filled with awesome stores, breweries, bars, restaurants, and art galleries. Be sure to check out the “hip” Kaka‘ako part of town in particular.

Consider going on a hike on Diamond Head, a volcanic cone on the east side of town. It offers an incredible view of the city, though it’s one of the more popular trails in the area so if you aren’t there early enough to beat the crowds you’ll basically be walking in a slow-moving line up the mountain. If you are short on time, skip it.

Other Things to Do:

There’s also an Islamic art museum, which is supposed to be great, but I didn’t make it there.

Additionally, head to the Royal Hawaiian Hotel for the best piña colada of your life. It’s not cheap ($15 USD a pop), but it is sooo good! Every one of my friends who didn’t order one got it as their second drink. (Fun fact: My grandfather was stationed in Oahu during WWII and went back to Oahu often. The Royal Hawaiian was his favorite hotel. It’s pretty cool that it’s still there!)

How much do things cost on Oahu? Here are some typical prices (in USD):

Oahu is pretty expensive. Most everything has to be imported, so if it can’t be grown nearby or caught in the ocean, expect to pay a lot. But it’s not impossible to save money. Here are a few ways to cut your expenses:

While Oahu is often crowded and overly commercial, there were a lot of wonderful things to do and see. To me, the best parts were the food and the hiking — with so many hikes, you could spend weeks here. My favorite part of Oahu was the North Shore, so I recommend you spend a few days there at least. I certainly look forward to returning!

Book Your Trip to Hawaii: Logistical Tips and Tricks

Book Your Accommodation
You can book your hostel with Hostelworld. If you want to stay somewhere other than a hostel, use Booking.com as they consistently return the cheapest rates for guesthouses and cheap hotels. My favorite places to stay in Oahu are:

Need an affordable RV for your road trip?
RVshare lets you rent RVs from private individuals all around the country, saving you tons of money in the process. It’s like Airbnb for RVs.

Want more information on Hawaii?
Be sure to visit our robust destination guide on Hawaii for even more planning tips!

The post How to Road Trip Around Oahu appeared first on Nomadic Matt's Travel Site.

My 5 Favorite Hostels in Melbourne