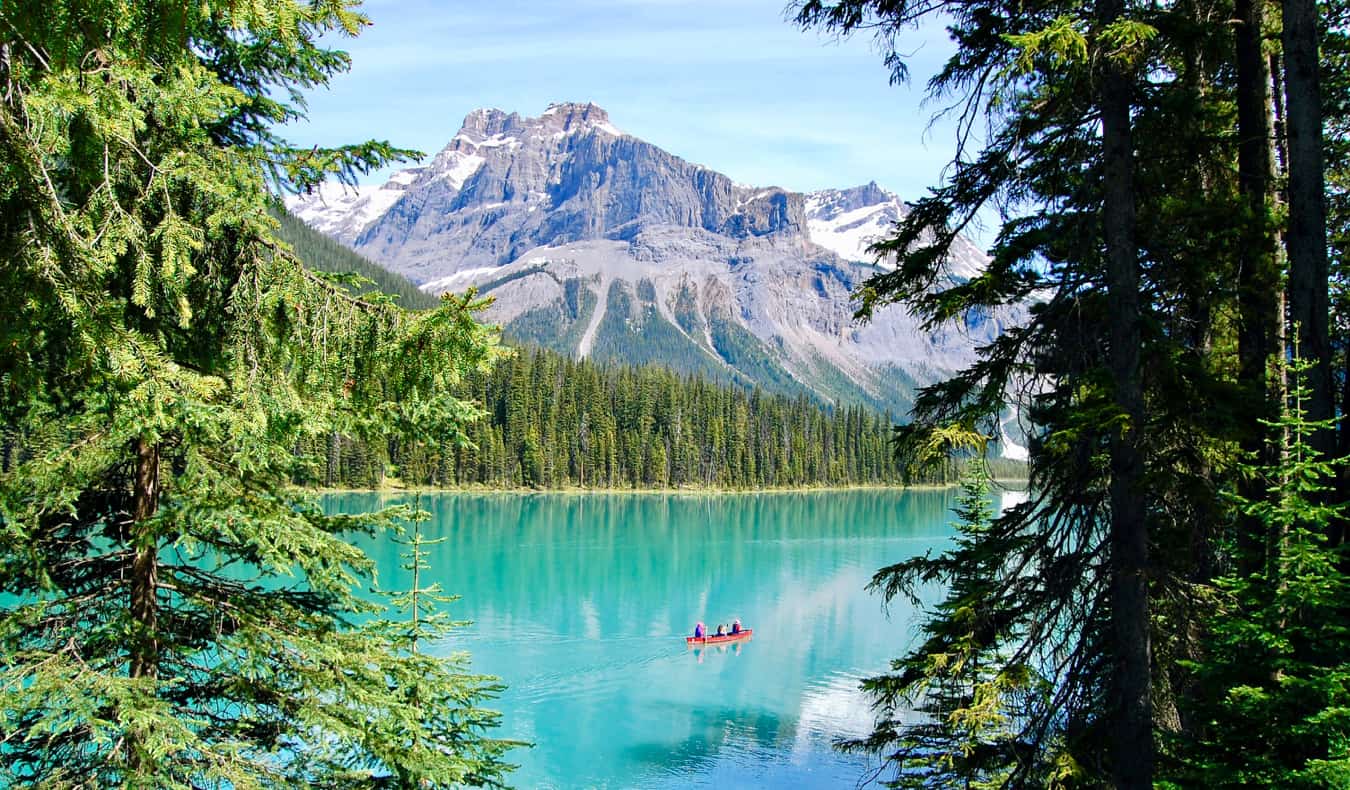 But what makes Canada special is its people. It’s a place that embraces its diversity and that encourages people to be friendly, caring, and polite.

Due to its large size, though, traveling across Canada can be a little challenging. Domestic flights are prohibitively expensive due to low competition and, outside of the eastern part, trains don’t go many places.

That means if you really want to see Canada, you need to drive.

To help you explore this amazing country, Chris Oldfield, our Canadian team member, helped create this suggested itinerary for a one-month road trip. It’s packed, since you’ve got a lot of ground to cover. However, it’s also not too rushed (though you can easily extend this out to six or eight weeks as well).

(Note: Canada is huge, and there are many routes and itineraries you can take. This one is by no means comprehensive but instead meant to give you a good overview and introduction to the main cities and sights.) 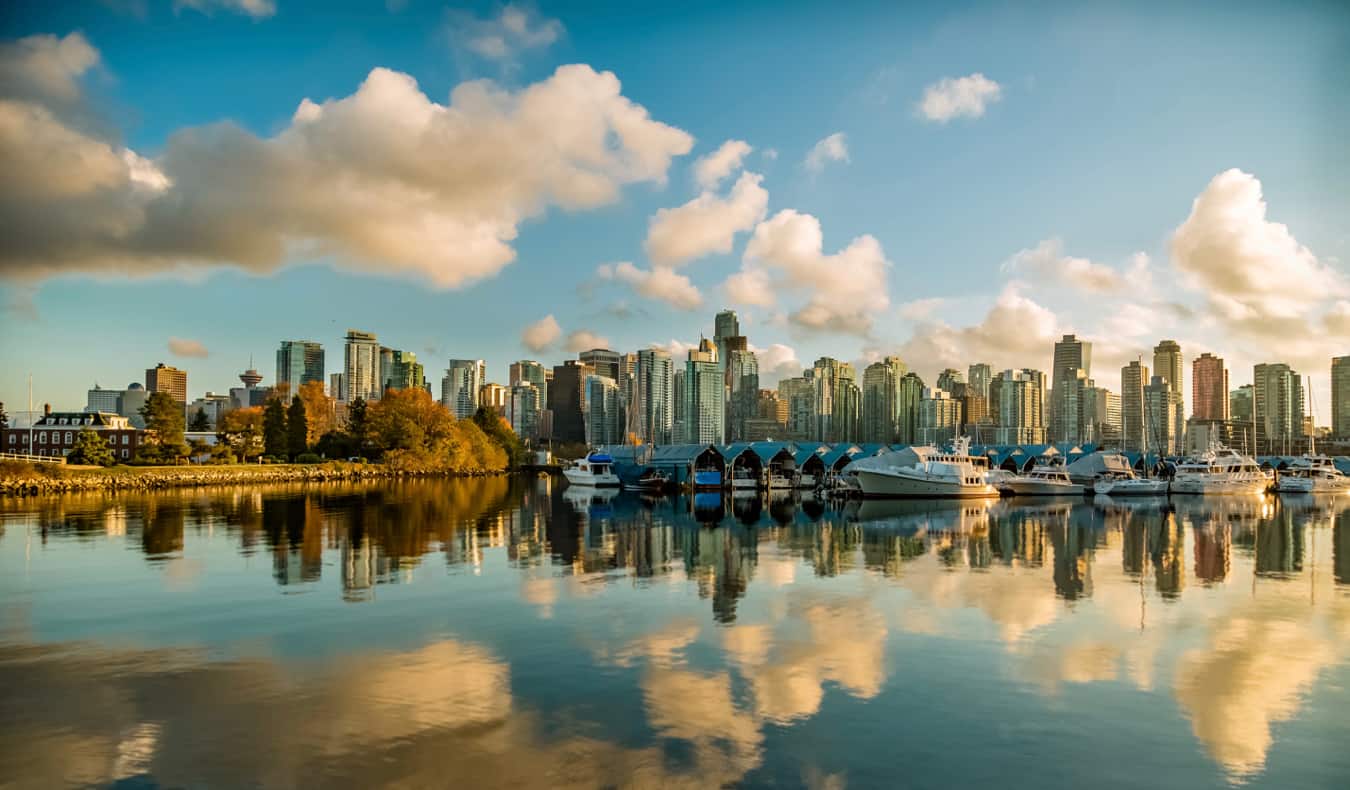 Kick off your adventure in Vancouver, one of my favorite Canadian cities. It’s tucked between the ocean and the mountains, making it a paradise for anyone who loves the outdoors.

It’s also the third-largest city in Canada, so there’s plenty to see and do while you’re here. There’s an amazing foodie scene here too.

Here are a few suggestions to help you start your trip off right:

For more suggestions, here’s a detailed list of things to see and do in Vancouver.

Here is my complete hostel list with even more suggestions! 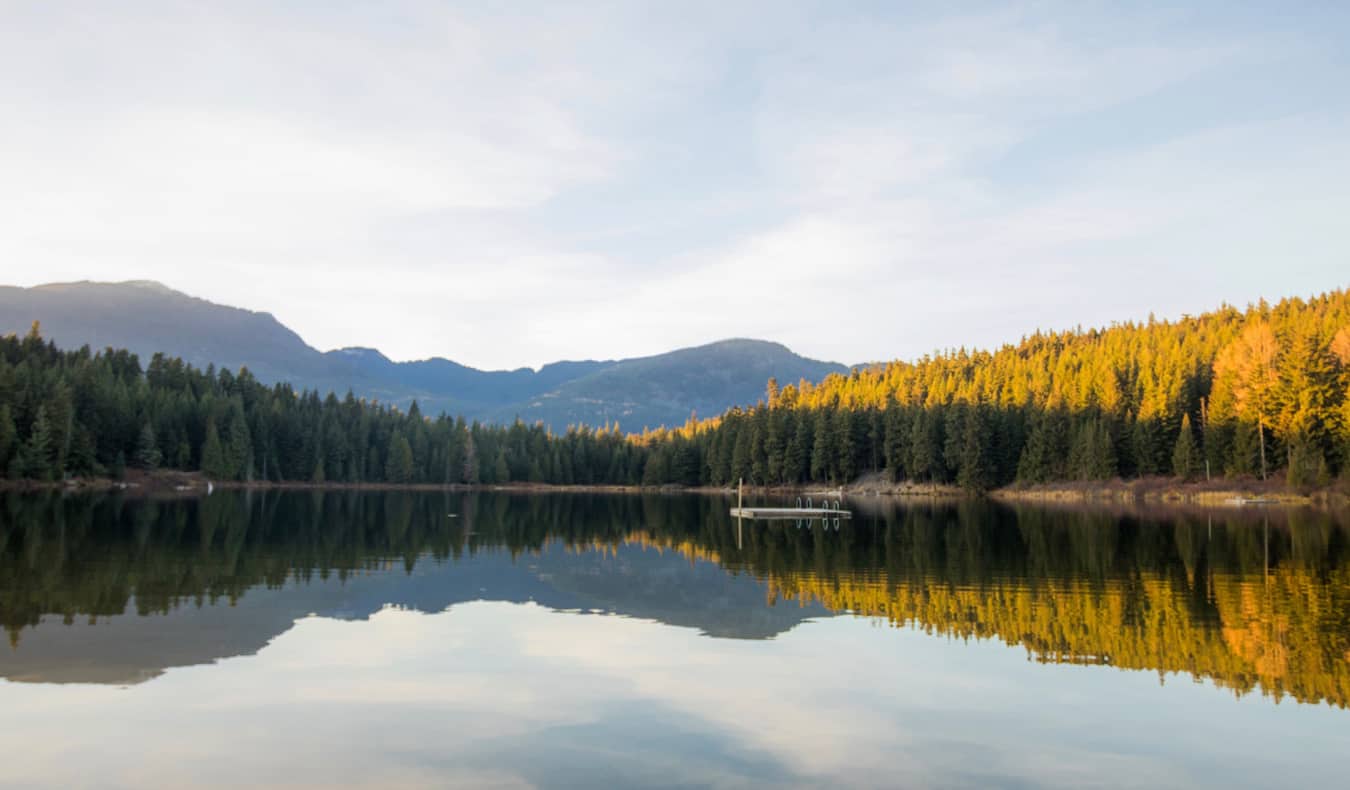 Located 90 minutes from Vancouver, Whistler is home to one of the largest ski resorts in North America. If you’re visiting during the winter, be sure to hit the slopes.

In the summer, there are tons of outdoor activities to enjoy such as hiking, swimming, cycling, zip-lining, and bear watching. There’s also a 4.4km peak-to-peak gondola where you can enjoy the stunning mountain vistas that envelop the region.

Where to Stay
Airbnb and will be your best choices here. Book in advance, as they get booked fast! 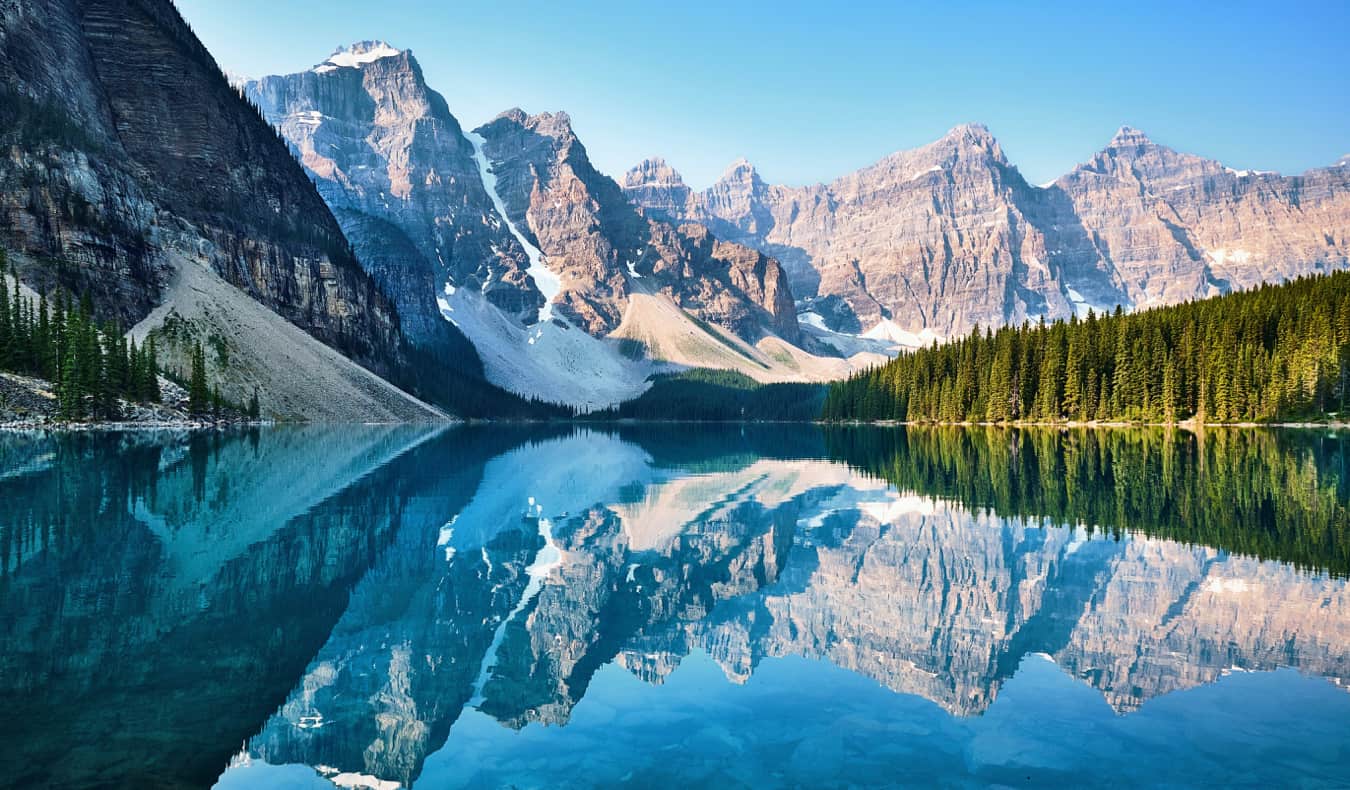 Next, head east to Banff National Park. It’s an 8.5-hour drive, so you can break it up with a stay in Kamloops or just muscle through in one go.

Banff is home to two of Canada’s most picturesque (and most Instagrammed) locations: Moraine Lake and Lake Louise. They are incredibly popular sights, so get there early to beat the crowds.

Beyond snapping some Insta-worthy shots, there is plenty of hiking to enjoy in the surrounding mountains. It’s a beautiful place to relax in a rustic lodge or cabin or go camping (you can rent camping gear if you don’t have any).

Be sure to spend some time in the town of Banff as well. It’s a touristy resort town but it’s also super quaint and charming.

Where to Stay
Airbnb will be your best option if you’re on a budget. If you feel like splurging on a luxury resort or lodge, use Booking.com.

For camping, you can use this government website to book a site in the park.

Note: If you have more than a month for your trip, consider a stop in Jasper National Park before heading to Banff. It’s an extra nine-hour drive from Whistler but the natural beauty here is jaw-dropping (seriously, google “Jasper National Park” — it’s stunning!). 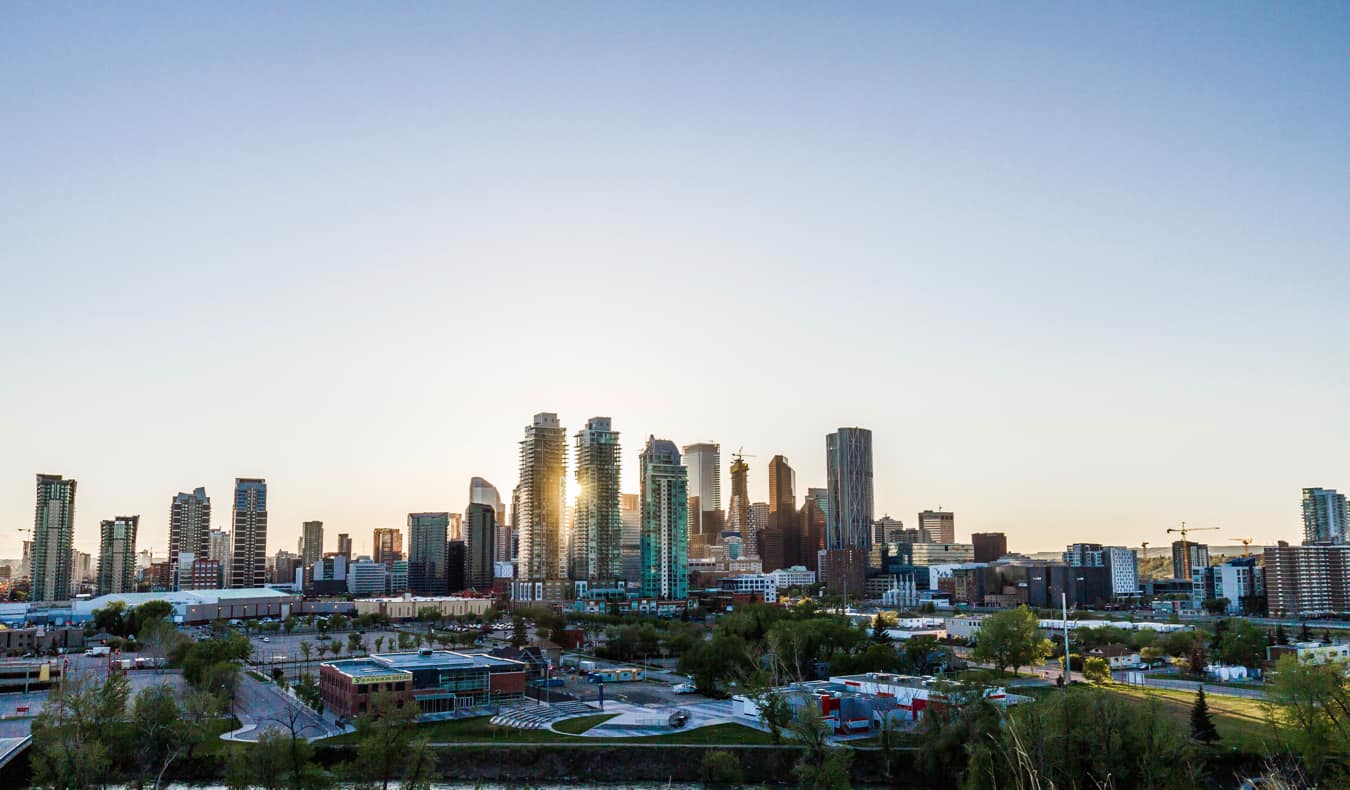 Calgary, an often-overlooked destination, is just 90 minutes from Banff and worth spending a couple days in. It’s a cosmopolitan city with a rough and wild cowboy charm to it. There’s plentiful hiking, kayaking, skiing, rafting, and camping all nearby. And the city itself is one of the liveliest in Canada, especially during the Calgary Stampede in July, which attracts tens of thousands of people from around the world.

Here are a few things to see and do during your visit:

For more suggestions, check out my comprehensive free guide to Calgary!

If the hostel is booked, use Airbnb. Be sure to book in advance if you’ll be here for the Stampede. 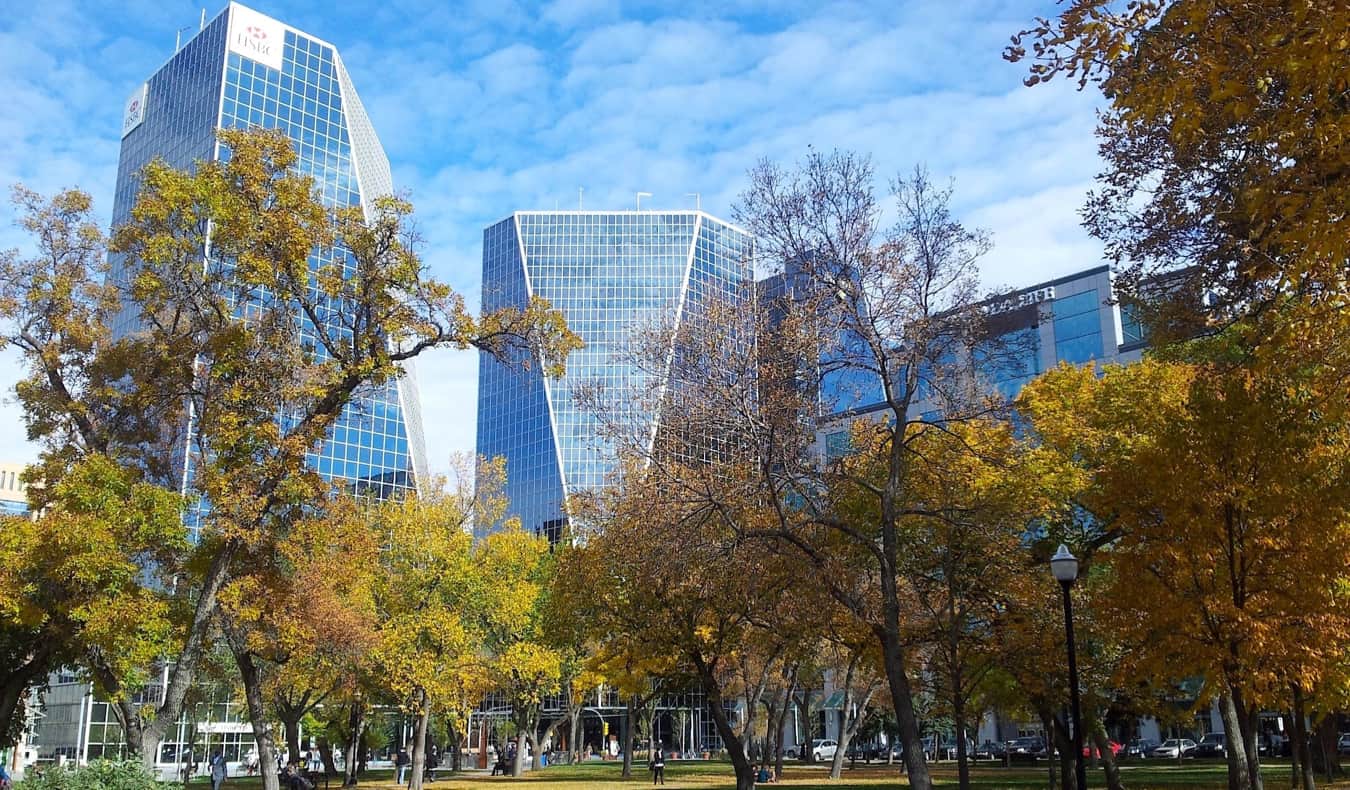 Located seven hours east of Calgary, Regina, the capital of Saskatchewan, is named after Queen Victoria (regina is Latin for “queen”). The province is incredibly flat and dominated by farmland — which is why it’s often overlooked.

Home to under 240,000 people, Regina is a small city that’s worth a quick visit. Here are some suggested things to see and do while you’re here:

Where to Stay
Airbnb and Booking.com will be your best choices here, depending on your budget and what kind of accommodation you’re looking for. 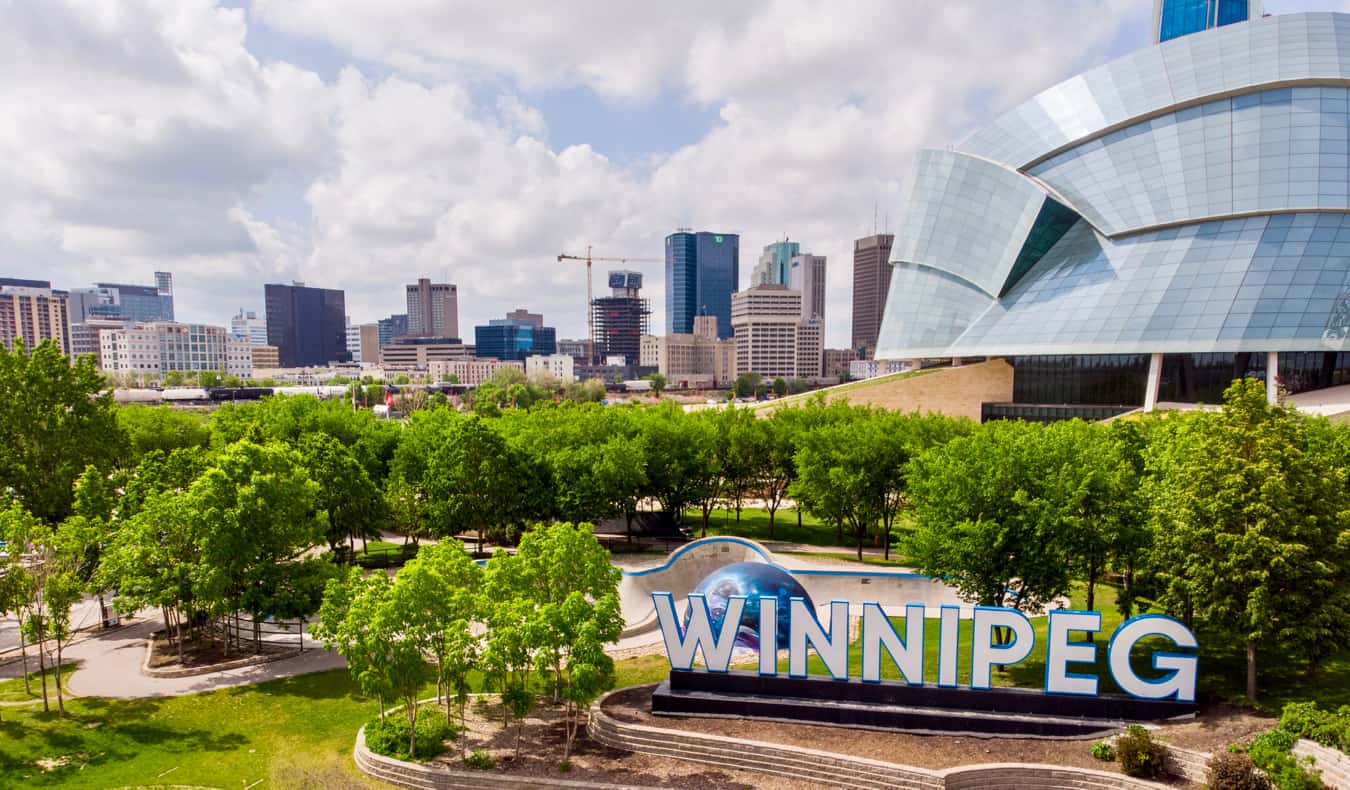 Winnipeg is one of Canada’s up-and-coming destinations. The capital of Manitoba, it’s located six hours from Regina and is home to a burgeoning food scene. There’s also a growing arts and culture community here too.

While it’s known for its harsh winters, Winnipeg has been working hard to evolve into a world-class city. Slowly but surely, it’s succeeding. Stop by for a day or two and check out some of the city’s best sights:

Where to Stay
If you’re on a budget, try Airbnb first. If you’re looking for a hotel, Booking.com has the best rates. 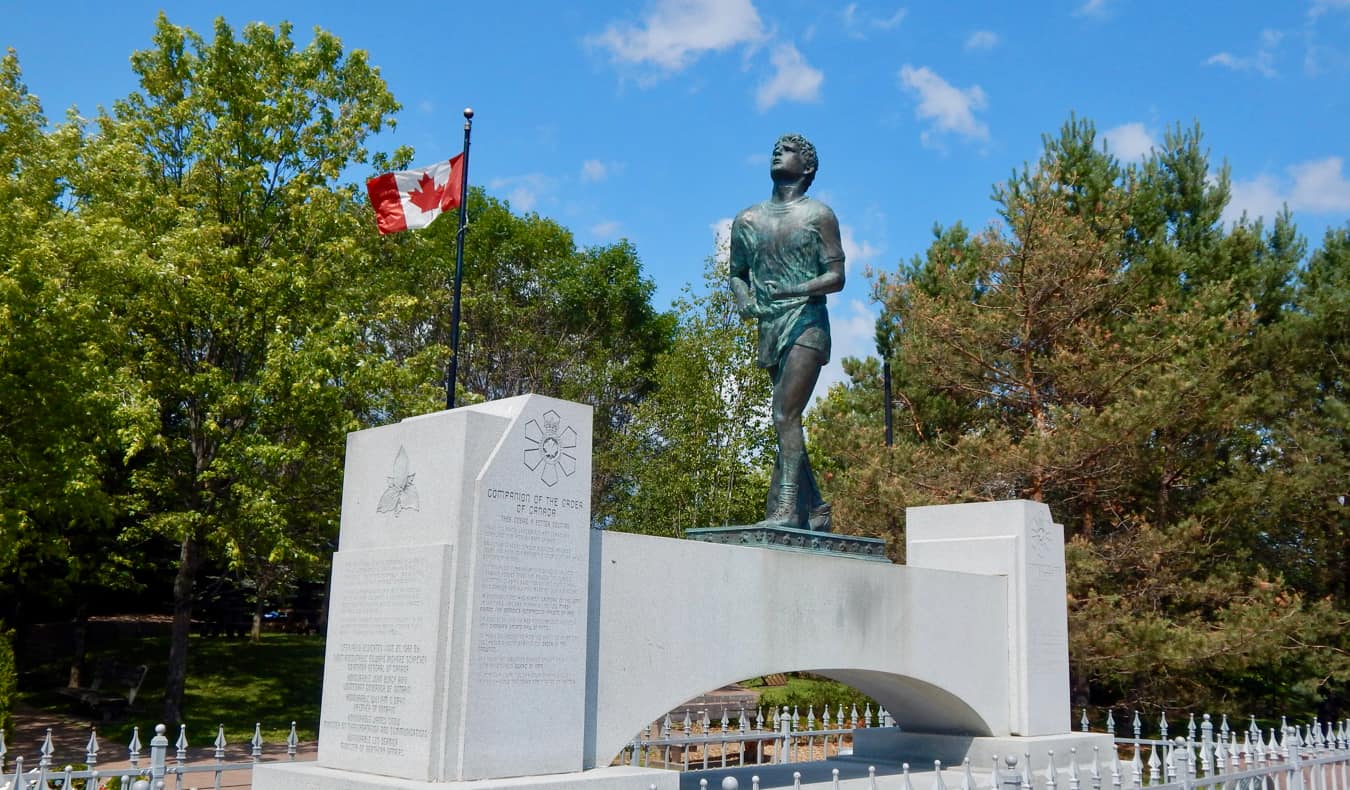 Time to head to Ontario! It’s an eight-hour drive, so you can stop along the way to break up the trip (there are tons of parks, campgrounds, and small towns you can stay in along the way).

Here are some things to see and do while you’re here:

Where to Stay
Airbnb doesn’t have many options here, but if you can find one, they start at $45 CAD per night. For hotels and motels, use Booking.com. 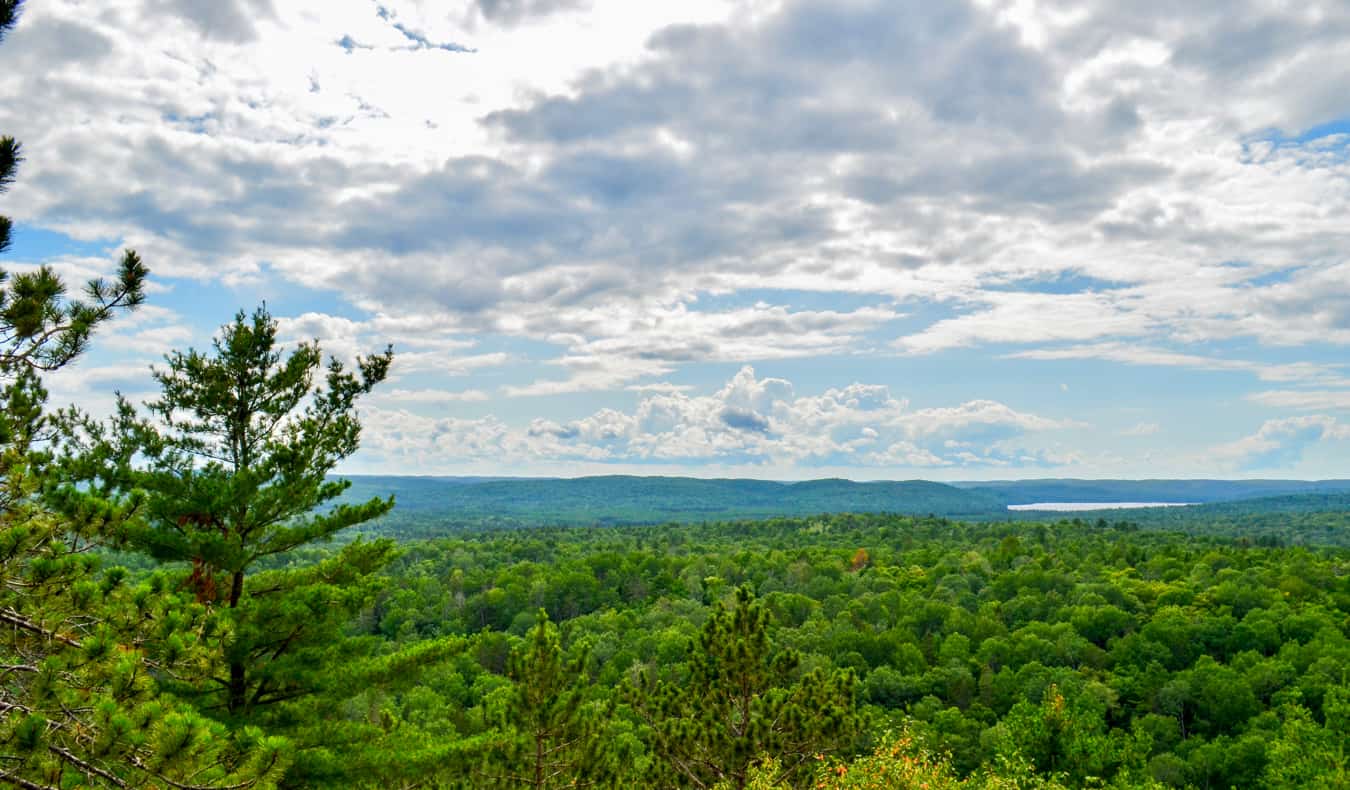 It’s time to get away from it all and spend some time in nature. Algonquin Provincial Park spans a whopping 7,653 square kilometers (2,955 square miles) and is home to black bears, moose, foxes, beavers, wolves, and all kinds of birds and plants.

There are several different campgrounds in the park, dozens of hiking trails, and over 1,500 lakes (it’s massive!). You can also rent canoes and kayaks to explore and go deeper into the park. Multi-day portages are possible too.

Even if you’re a newbie camper and don’t have gear, you’ll be able to rent what you need to have an enjoyable, relaxing getaway for under $50 CAD per day. 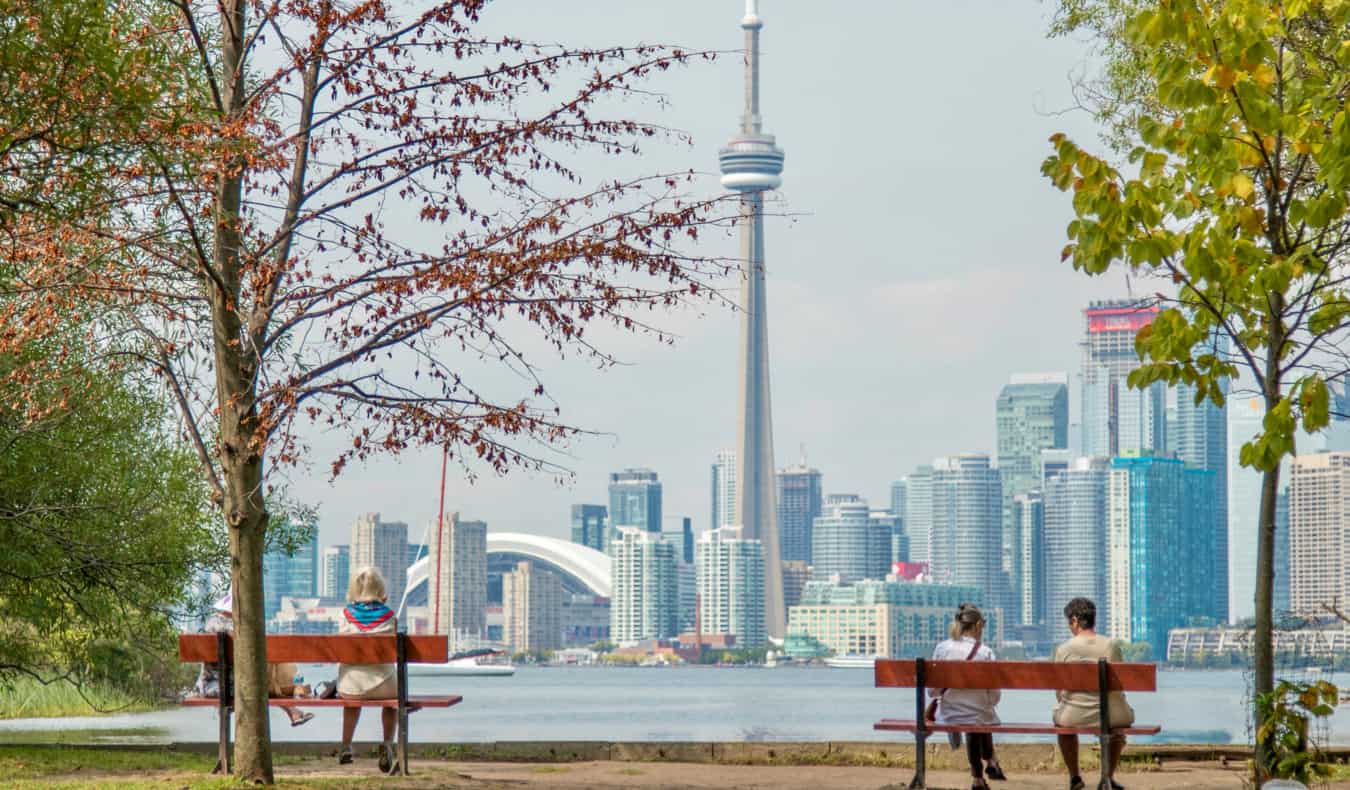 Perched on the coast of Lake Ontario just a couple hours south of the park, Toronto is often considered the New York of Canada. While it doesn’t have the charm of cities like Vancouver or Montreal, it’s the country’s biggest, most diverse city. In fact, since 50% of the population is foreign-born, it’s considered one of the most diverse cities in the world.

There’s a ton to see and do here. Here are a few suggestions to help you get started:

For more suggestions as well as money-saving tips, check out my free guide to Toronto!

Where to Stay
Hotels in Toronto are expensive, so use Airbnb if you’re on a budget. If you do want to stay in a hostel, Planet Traveler Hostel is the best in the city. 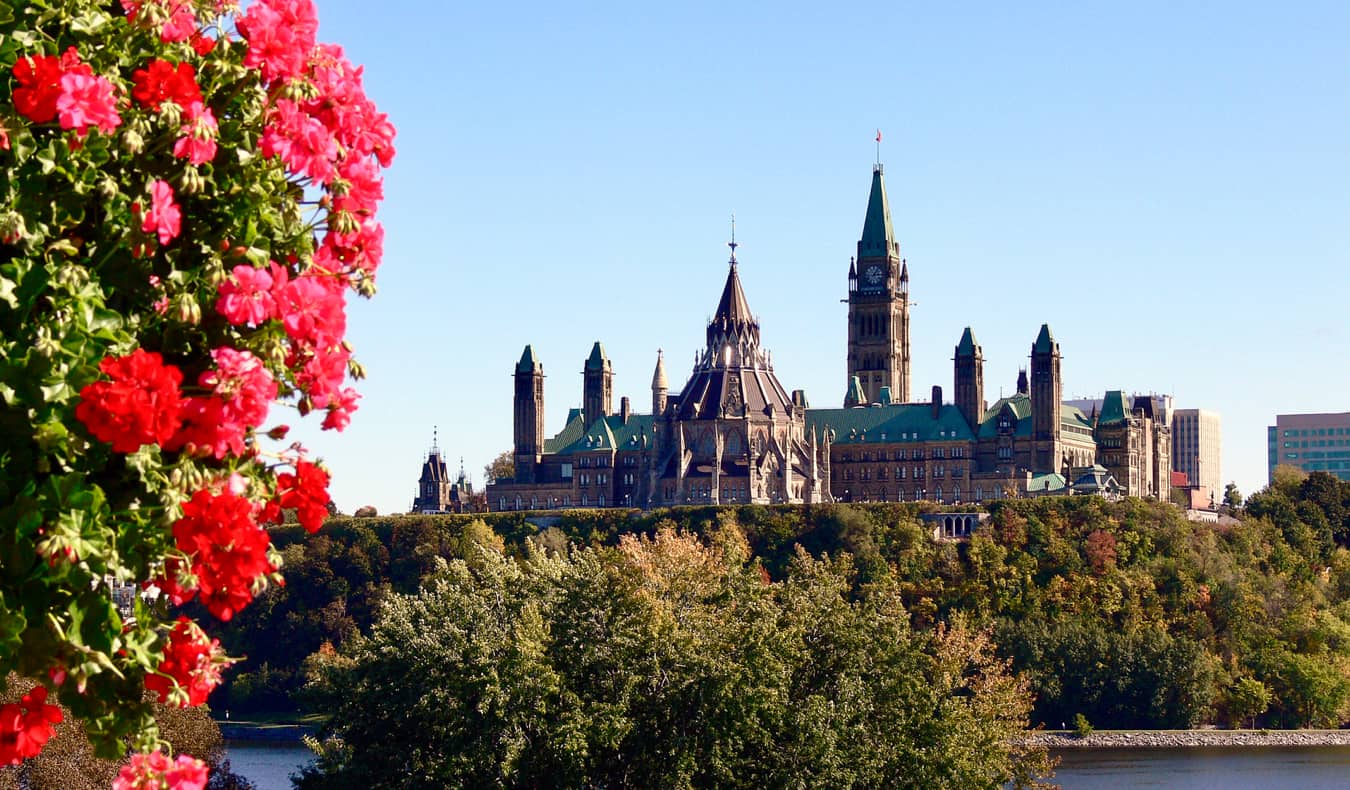 Next, head east to Canada’s capital. While Ottawa doesn’t get the love that cities like Toronto and Montreal do, it’s definitely still a city worth visiting — especially if you’re a history buff like me!

Located four hours from Toronto, it’s is full of historic buildings and museums, and is just a short walk from Québec (Canada’s French-speaking province).

Here’s what I would focus on in Ottawa during your stay: 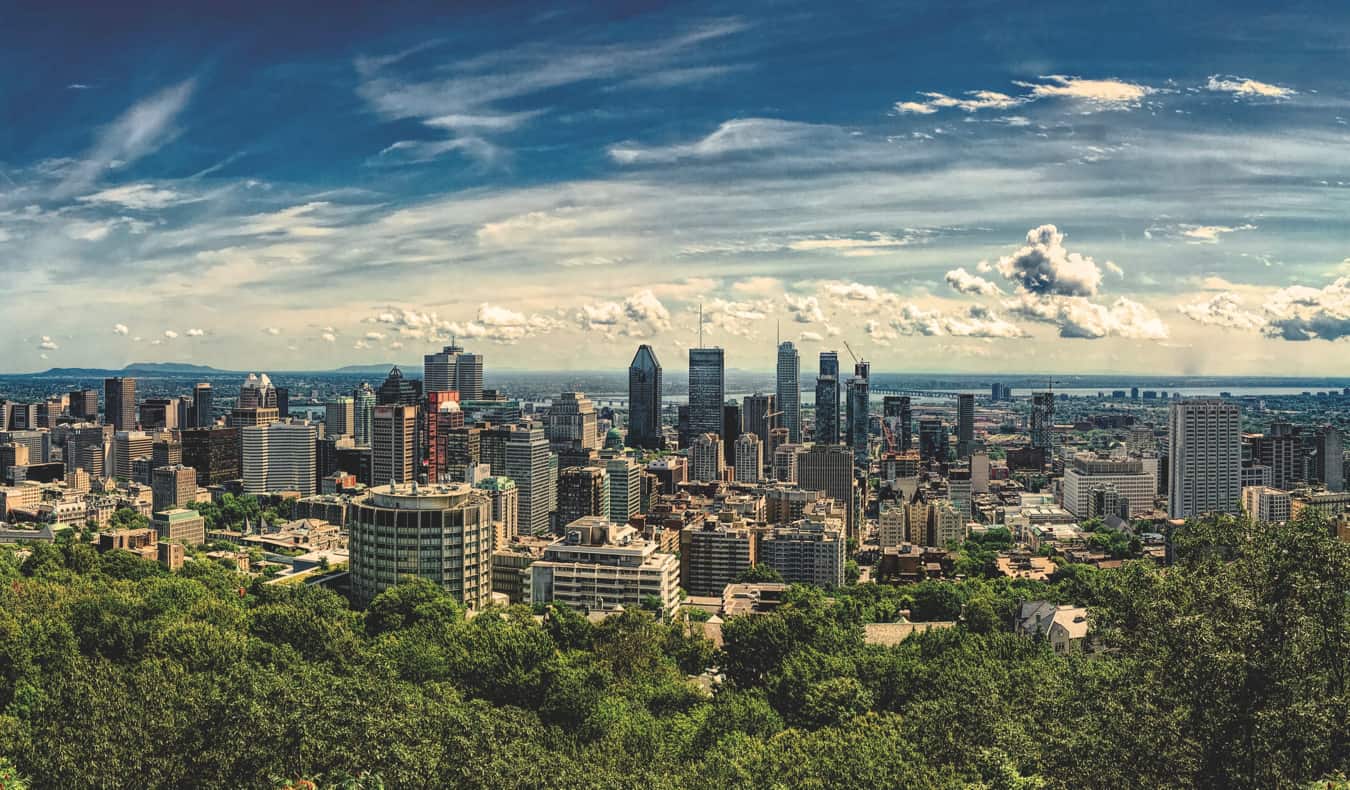 Personally, I think it’s one of the best cities in Canada. The Old Town looks like something straight out of medieval France, and the French-inspired cuisine and eclectic nightlife (especially the jazz clubs) leave little to dislike.

Here are my suggestions for things to see and do while you’re here:

For more suggestions, as well as money-saving tips, check out my guide to Montreal!

Here are some other great hostel suggestions too!

With a month at your disposal, you’ll be able to experience the majority of Canada’s sights and cities without having to rush. And, with an additional 10-21 days, you can add more of Québec and the Maritimes, Canada’s rugged and picturesque east coast.

Canada is such a massive, diverse landscape. It truly has something for everyone. While this itinerary only covers a portion of Canada, it does give you a peek into just how awesome it is.

Book Your Trip to Canada: Logistical Tips and Tricks

Want More Information on Canada?
Be sure to visit our robust destination guide on Canada for even more planning tips!

How to Stay Fit and Healthy on the Road

My 4 Favorite Hostels in Seattle

You Should NOT Visit Syria Right Now