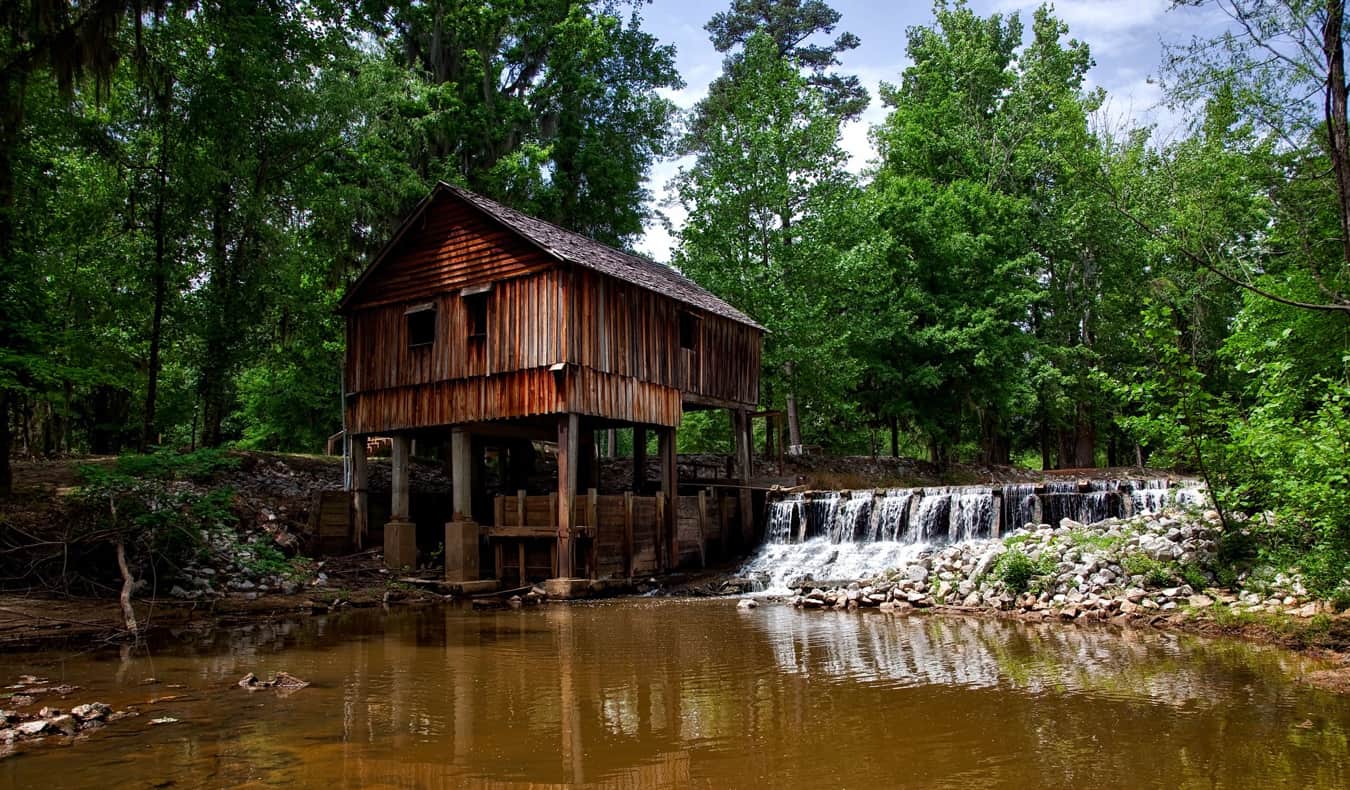 If there’s one thing that I’ve learned in all my travels around America, it’s that the US is more like a collection of small countries than one cohesive cultural unit. The lifestyle, language, and norms of each region differ vastly from one another. And even within states, there are vast differences.

Growing up as a northerner, I always kind of looked down on the region as “backwards,” but, through a few trips around the area, I found that my perceptions about the region were wrong.

I grew to love my time exploring that part of the country. Sure, the South has its problems, but it has a lot more diversity, history, and natural beauty than my preconceived prejudices had allowed.

I don’t think it should be overlooked.

And, since domestic travel is our best option during these COVID times, I thought I’d share my suggestions for an amazing road trip around “the Deep South.”

The South is so big you can’t do it in just three weeks, but you can do what, for the intents of this post, I call the “Deep South”: Mississippi, Alabama, Louisiana, and Tennessee (which isn’t actually part of the Deep South, but hey, it rounds out the route!).

This region has a ton of parks, lakes, rivers, historical sites, and places to see. You’d need more than three weeks to properly see it but the route below gives you a proper overview:

Note: There are many, many, many potential routes you can take through this region. This three-week version is just some highlights I like. Tailor any route to your needs as you please! 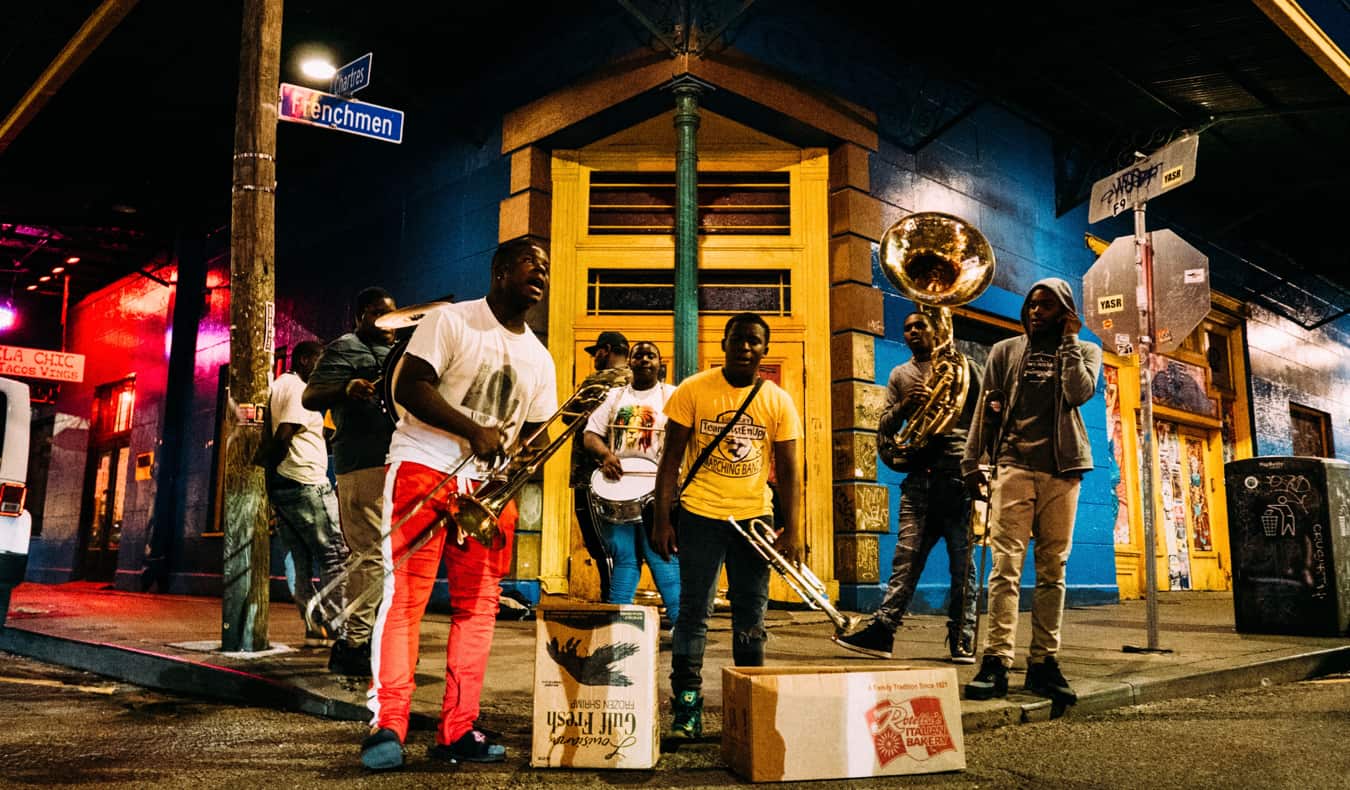 New Orleans is a unique blend of cultures (African, French, Caribbean, Latin, etc.), which has created one of the most eclectic American cities. It’s filled with tales of ghosts and vampires, amazing architecture, incredible food, and some of the best music in the world. Bourbon Street is always bursting with tourists, Frenchmen Street is full of jazz, and there are historic buildings to admire and entertaining tours to indulge in. You can easily spend an entire week here and not get bored.

But we only have a few days, so here are a few suggestions to help you get started:

For more things to see and do in NOLA, check out this detailed itinerary.

New Orleans is also an amazing foodie city. Some of my favorite places to indulge at are: Lily’s Café, Bearcat, Welt’s Deli, Killer PoBoys, Jewel of the South, Acme Oysters, and Willa Jean. 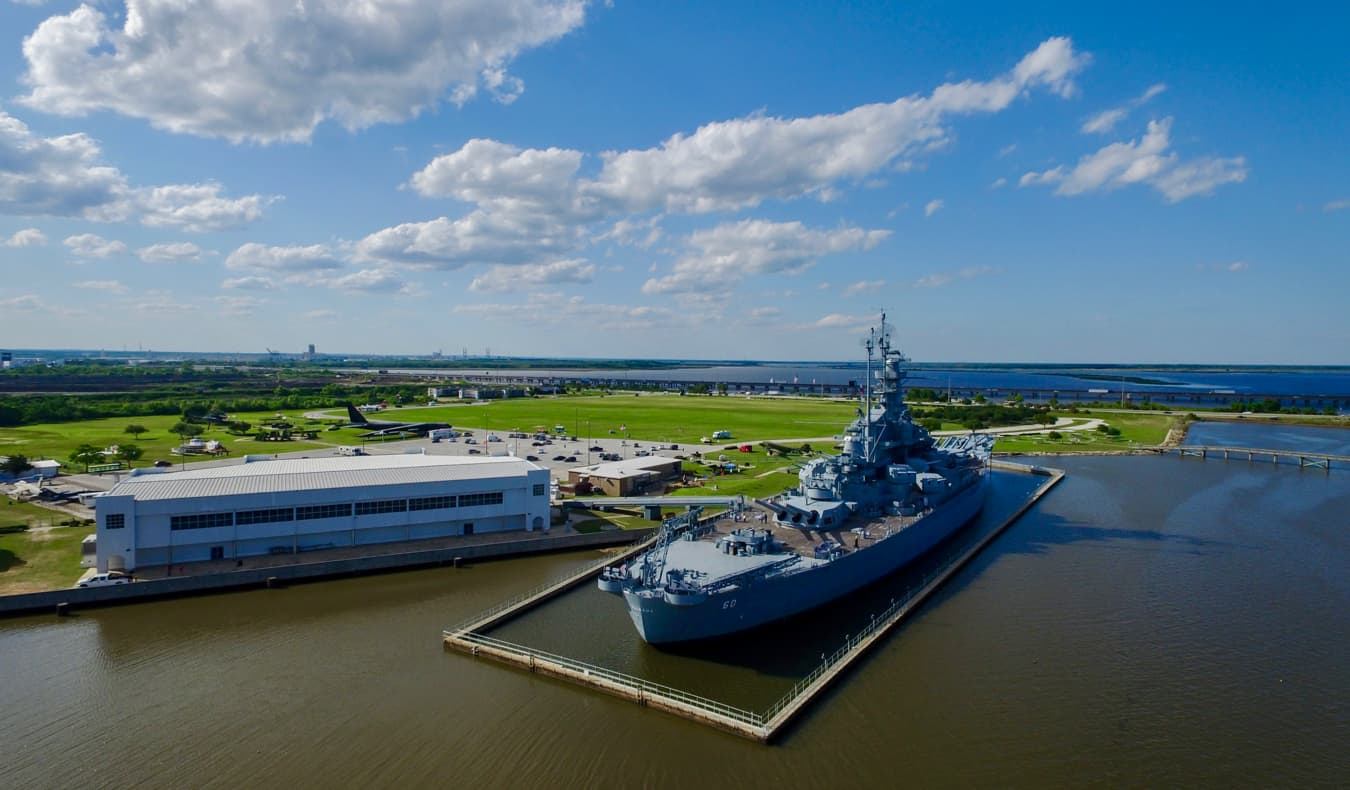 Leave New Orleans, and head east to the Gulf shores of Mississippi and Alabama.

Start with a visit to Ocean Springs, Mississippi. It’s a small town with gorgeous white-sand beaches and lots of outdoor activities (such as fishing, stand-up paddleboarding, canoeing, and kayaking). The downtown has lots of little shops and galleries as well.

Next, head to Mobile, Alabama. Visit Fort Condé (built by the French in 1723) and take a tour of the USS Alabama (a World War II vessel docked in Battleship Memorial Park). Make sure to also visit the Carnival Museum (dedicated to Mardi Gras) to learn more about the parade and its cultural significance.

From here, cruise toward Gulf Shores, Alabama, where you’ll find miles of beaches and gorgeous subtropical weather as you soak in the views of the Gulf of Mexico. There are also lots of hotels, resorts, and casinos if you feel like splurging. It’s tacky but fun.

WHERE TO STAY
There aren’t any hostels in this region, so your best bet is Airbnb or using Booking.com to find a cheap motel (or hotel if you feel like splurging!) 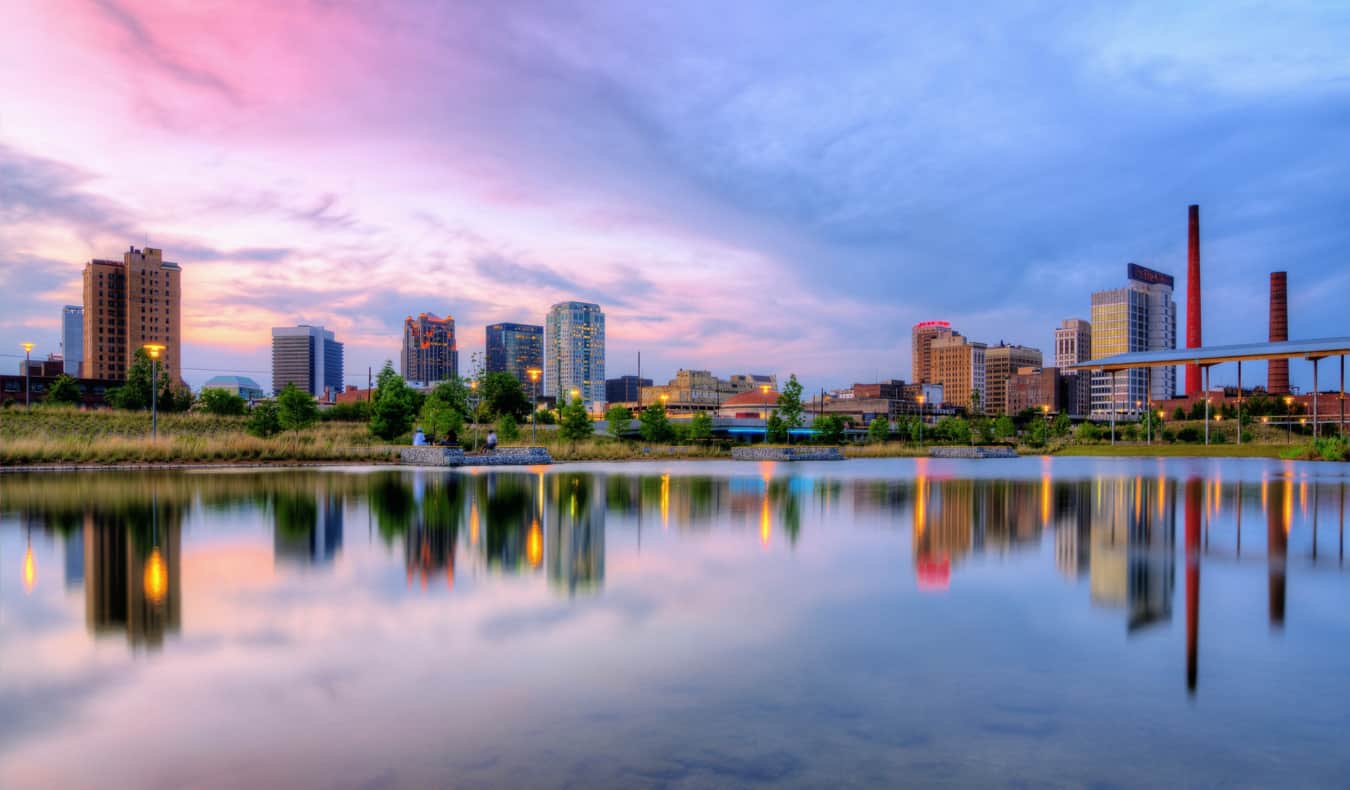 Swing north and, on your way to Birmingham, stop in Montgomery to visit the Rosa Parks Library and Museum as well as the Legacy Museum, both of which shed light on the racial injustices of America’s past and present.

Then spend two nights in Birmingham. It grew to prominence as an industrial hub, relying mostly on nonunionized immigrant workers to undercut production in the northern US. In the 1950s and ’60s, it became a focus for the civil rights movement, and it was here, in 1962, where Dr. King wrote the famous “Letter from a Birmingham Jail.”

Here are few things to see and do while in Birmingham:

For a list of other important civil rights sites in the region, check out the Civil Rights Trail. It’s a comprehensive database of such sites around the entire country and has tons of helpful information and resources.

WHERE TO STAY
There aren’t any hostels in Birmingham, so use Airbnb or Booking.com to find your cheapest options. 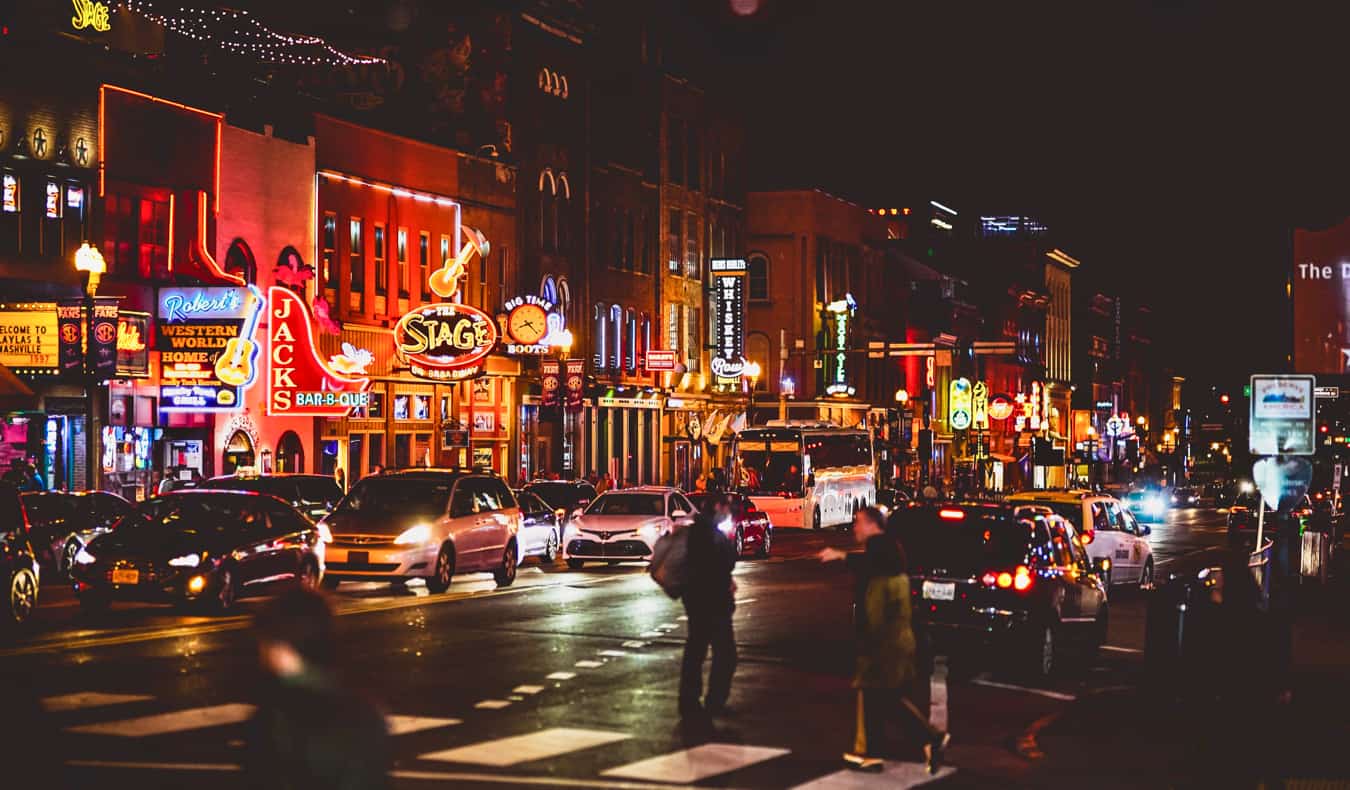 Continuing north, our next stop is Nashville. Located just three hours from Birmingham, it boasts a world-class music scene, plenty of incredible restaurants you can indulge at, numerous cocktail bars, lots of parks, and plenty of history.

Here are some things to see and do in Nashville: 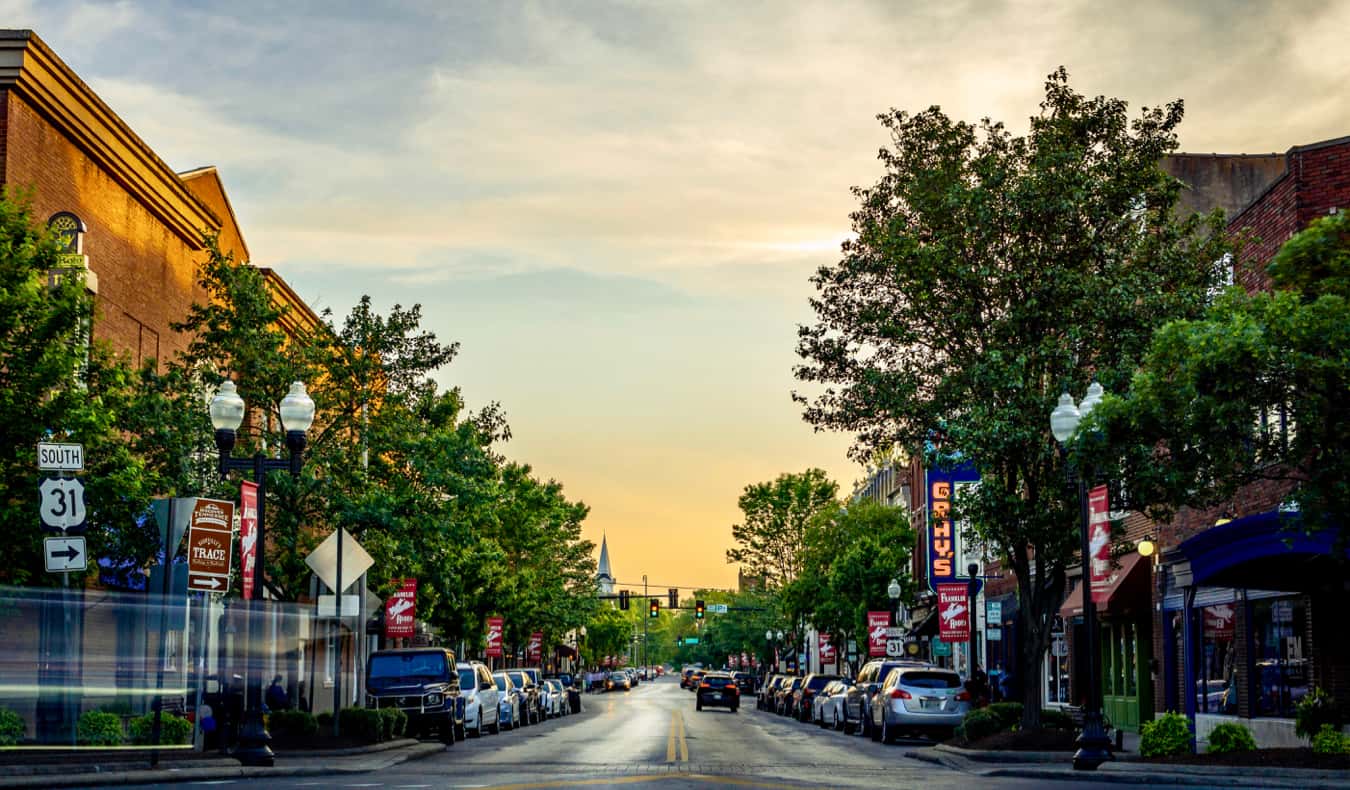 As it’s located just 25 minutes outside of Nashville, most people assume Franklin is just another suburb. It’s not — far from it, in fact! Franklin is bursting with small-town charm and delicious food and drink (it’s where I discovered my favorite Bourbon, HC Clark). The city is full of history (there was a major Civil War battle here), a historic main street, and some really delicious bars and restaurants.

To be fair, I didn’t expect much when I first visited, but Franklin really overdelivered. If you’re a foodie or a fan of live music, a stop here is a must!

Here are a few things to see and do while you’re here:

WHERE TO STAY
Since Franklin is quite small, Airbnb is your best option here.

Today, we head to Memphis, which is just three hours away. Memphis is another historic city. It was a major stop on the Mississippi cotton-trade route and is now the home of blues music, incredible BBQ, and lots of history. Leave early though, so along the way, you can stop at the Civil War memorial for the Battle of Shiloh, as well as cut through small-town Tennessee.

Here are a few things to see and do while you’re here:

Memphis is also another awesome foodie city (see a pattern here?). Some of my favorite places to eat are: Gus’s World Famous Fried Chicken, Central BBQ, Loflin Yard, Bounty on Broad, and the Rendezvous (a delicious BBQ place). 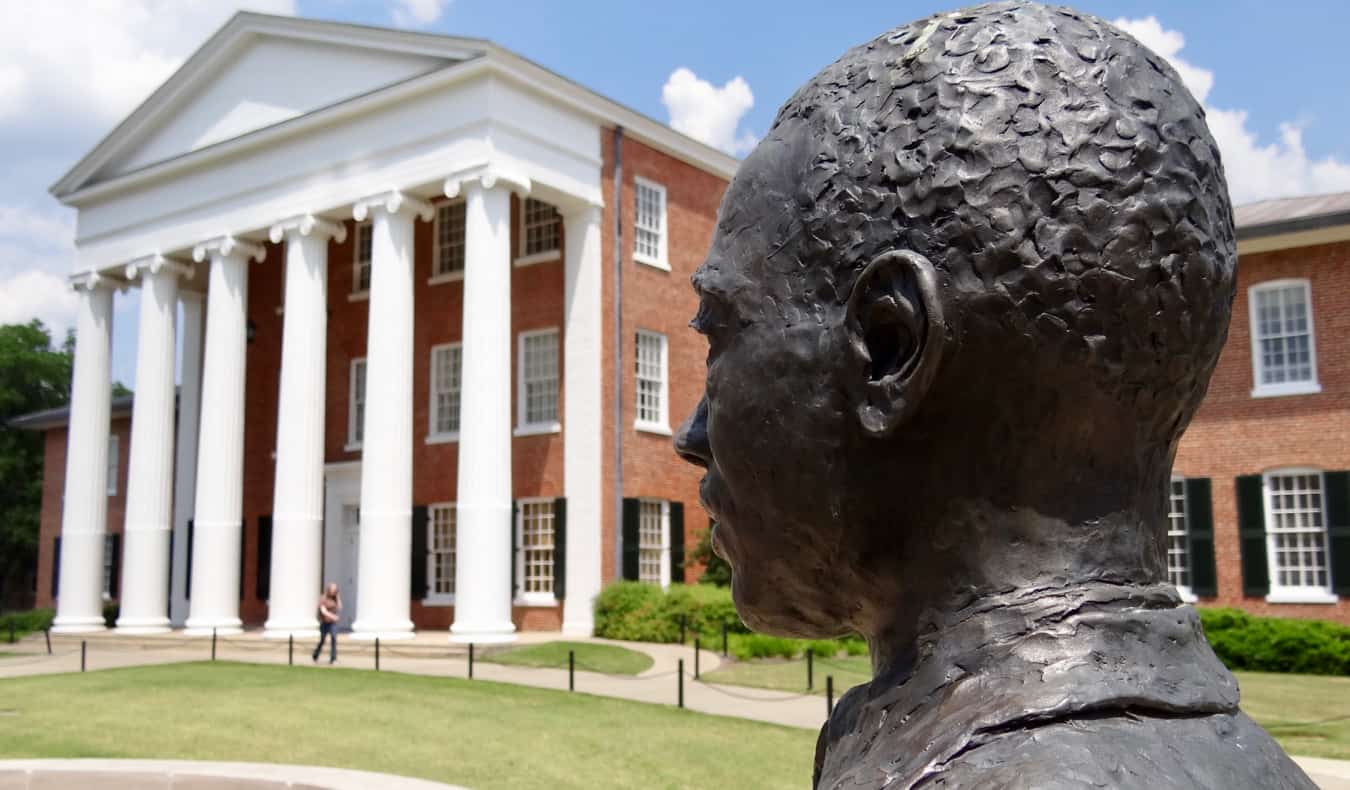 Oxford, Mississippi, is located just over an hour from Memphis and makes for a pleasant place to spend a day enjoying small-town life. It boasts the University of Mississippi (one of the most beautiful campuses in the country) and was the home of Nobel laureate William Faulkner, one of the most important authors of the 20th century (he wrote The Sound and the Fury and As I Lay Dying).

The town is really small, though, and there are only a couple of things to do here:

WHERE TO STAY
Since Oxford is quite small, Airbnb is your best option here. 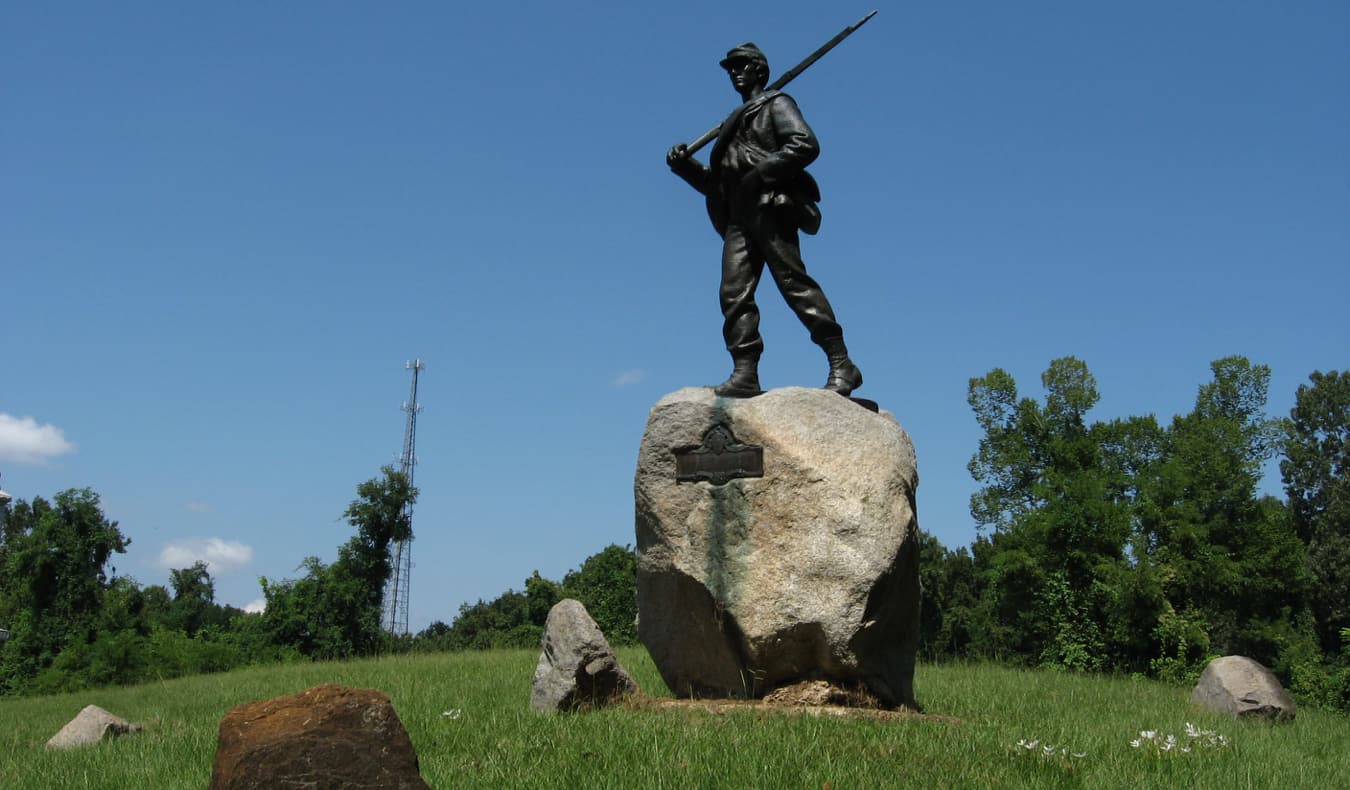 Vicksburg is located just over three hours from Oxford and makes for a relaxing day trip. During the Civil War, General Grant oversaw the siege of Vicksburg for 47 days. His victory gave Union forces control over the Mississippi River. It’s considered one of the most important battles of the Civil War.

Like Oxford, there’s not much to do in the town, and you really don’t need much time here.

WHERE TO STAY
Vicksburg is also super small, so use Airbnb. 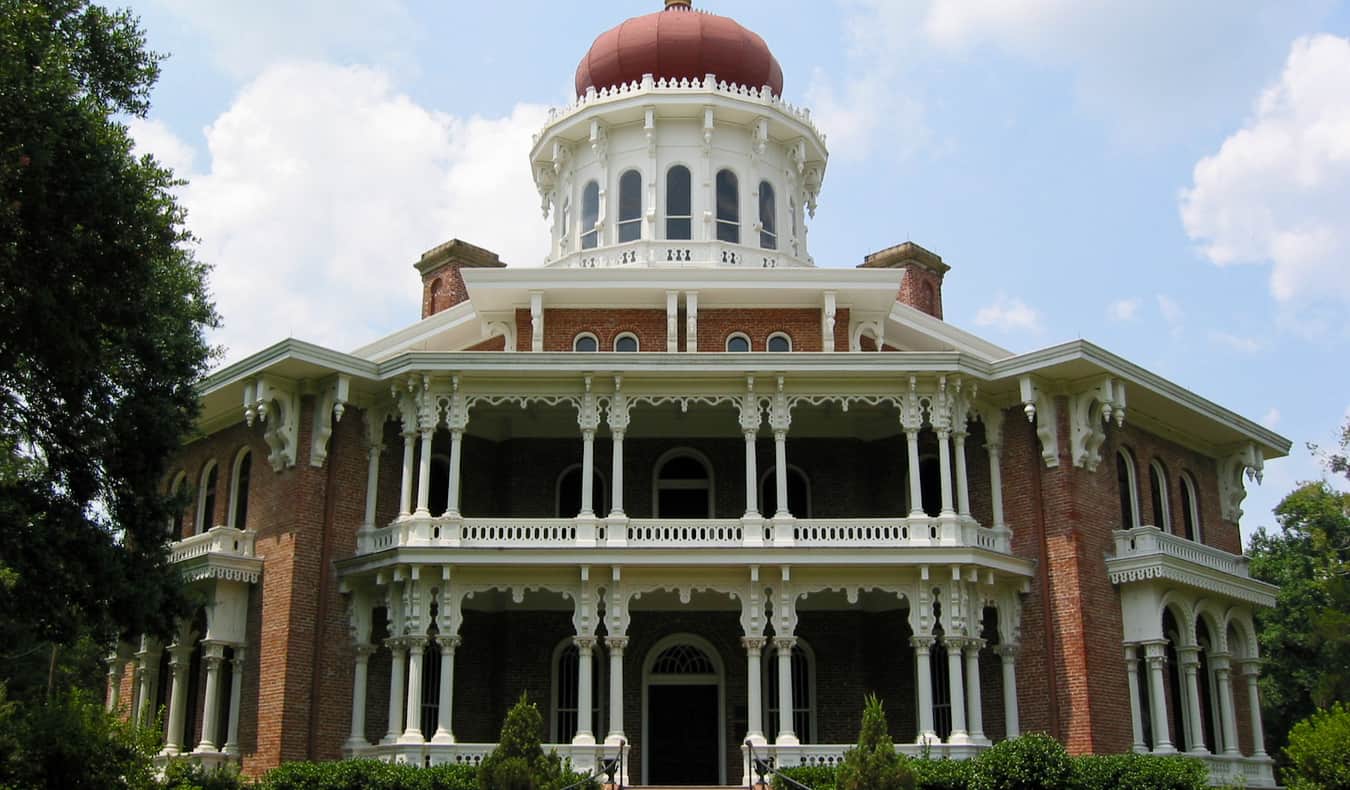 Follow the beautiful Natchez Trace Highway along the Mississippi River to Natchez itself. Established by French colonists in 1716, Natchez, Mississippi, was a defensible strategic location, which ensured its position as a pivotal center for trade. It later became a holiday destination for wealthy slaveholders.

This town features countless antebellum homes. Since the city surrendered quickly during the Civil War, they weren’t torched or ransacked, which has kept them intact for visitors to enjoy today. Seeing them was one of the highlights of my time in the South. There are over 20 homes open for visits and tours. Of the ones I visited, my favorites were these:

WHERE TO STAY
Natchez is expensive, so you’ll want to compare your hotel options on Booking.com with any suitable Airbnb options you find.

It’s time to drive back to NOLA. It’s a short drive (just under three hours) so be sure to stop along the way anytime you see something that piques your interest!

***While it can sometimes be challenging and sobering coming face to face with the legacy of America’s past, exploring the South is a must for anyone looking to learn more about our diverse country and the events that have shaped it.

From distinct food to unique music to rich history, a road trip around the Southern US has something to offer everyone. It’s one of the most underrated areas of the country.

Book Your Trip to the USA: Logistical Tips and Tricks

Book Your Accommodation
You can book your hostel with Hostelworld. If you want to stay elsewhere, use Booking.com as it consistently returns the cheapest rates for guesthouses and hotels.

Need an affordable RV for your road trip?
RVshare lets you rent RVs from private individuals all around the country, saving you tons of money in the process. It’s like Airbnb for RVs, making roads trips fun and affordable!

Want More Information on Traveling the United States?
Be sure to visit our robust destination guide to the US for even more tips on how to plan your visit!

The Life of a Travel Writer with David Farley